Zidane unhappy with reports that he is leaving Real Madrid 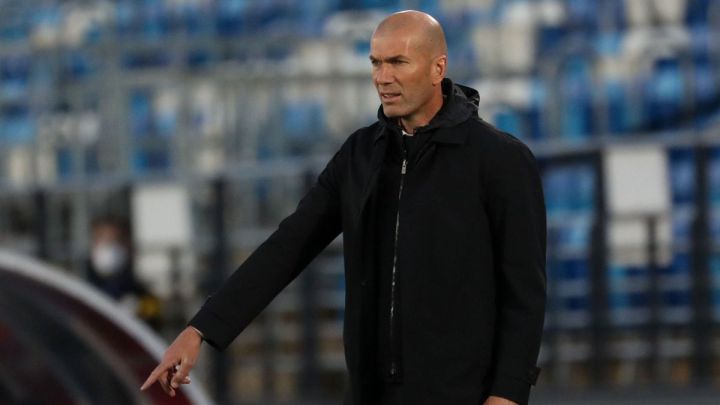 Real Madrid head coach, Zinidine Zidane is unhappy with reports that he is leaving Real Madrid after news emerged earlier in the week that he’s told his players he will leave the Club at the end of the season.

Zidane guided Madrid to a 1-0 victory over Bilbao to take the title race to the final day after Athletico Madrid scored two late goals to secure maximum points against Osasuna.

Madrid are currently trailing by two points as they prepare to face Villareal in the final game at Home while Athletico Madrid play away to Real Valladolid.

“How could I tell the players I’m leaving now? We’re giving our everything for the title and I just say ‘by the way, I’m off’?” he said.

“People outside the club can say whatever they like, but I would never, ever say that to my players.”

“At the end of the season, then we’ll see what happens, but right now we’re focused on our final game,” Zidane said.

“We can’t just keep talking about my future. The last game of the season is far more important than that.”