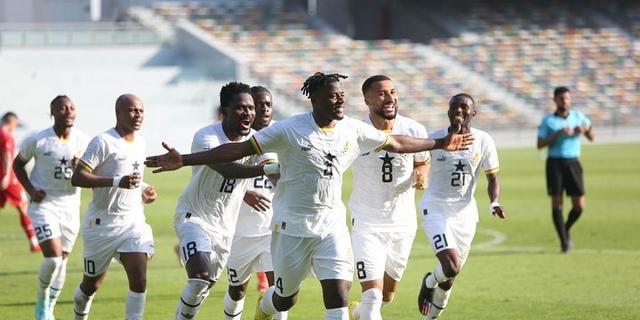 Ghana open their World Cup campaign against Portugal in the ongoing FIFA World Cup in Qatar.

The Black Stars, the lowest ranked team in Qatar will face a star-studded Portuguese side led by five-times Ballon d’or winner Cristiano Ronaldo.

The West African side have progressed beyond the group stages in two of their three appearances at the FIFA World cup.

Two times World champions Uruguay and Asian giants South Korea complete a very competitive group for a place in the knock out stages of the tournament.

Ghana finished bottom of their group in their last appearance at the FIFA World Cup in 2014 where they played alongside Germany, USA and today’s Group H opponents Portugal.

Coach Otto Addo is hoping to guide his side past the group stages as they mark their return to the global stage after missing out on the last edition in Russia.

The four times African Champions must beat one of the tournament’s favorites Portugal before games against South Korea and old foes Uruguay in their bid to progress from the group.

Pep Guardiola: Manchester City manager signs two-year deal that will keep at the club until 2025