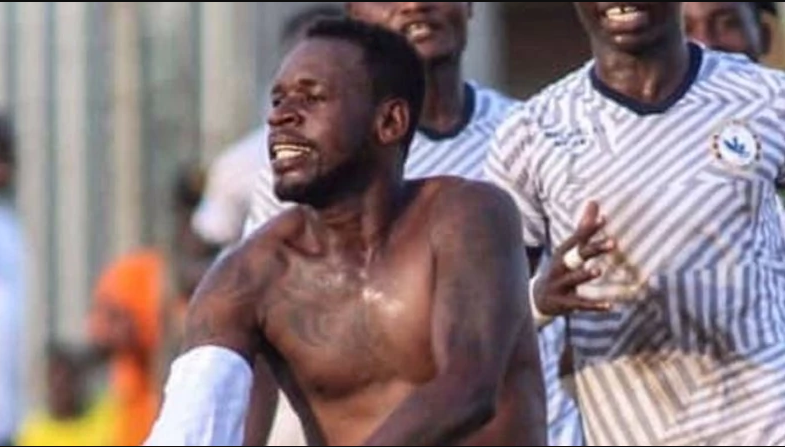 Kwame Poku gave the Porcupine Warriors the lead in the first half and Emmanuel Clottey cancelled it out in the second half in what was the last kick of the evening.

Birthday boy Felix Annan put up an excellent goalkeeping in the early exchanges to prevent Kofi Owusu from breaking the deadlock.

In the course of the game, Kwame Poku pounced on a ball and despite all attempts by defenders of Berekum Chelsea to prevent the ball from entering the net, the full circumference crossed the line to give Asante Kotoko the opener.

Back from recess Asante Kotoko continued to control the game and created some decent chances, but they fluffed them. One of such moments fell the way of Kwame Poku, but he failed to connect home a free header.

Felix Annan who was Kotoko’s best player in the game as a result of poor communication collided with Samuel Sarfo. He fell and he was replaced by Kwame Baah after bleeding from his nose in the last 10 minutes.

Berekum Chelsea brought on veteran striker Emmanuel Clottey as they committed more men forward. The Kumasi giants who came under intense attack from the hosts committed a foul in the last minute of the five minutes of added time.

Emmanuel Clottey stepped up for the resultant freekick awarded in favour of his side and he struck it straight into the net to deny Asante Kotoko their first win of the season.

The game was played the Sunyani Coronation Park, but since Chelsea changed their venue to Berekum in the 2010/2011 season, the 23 times champions are yet to beat the Brong outfit.