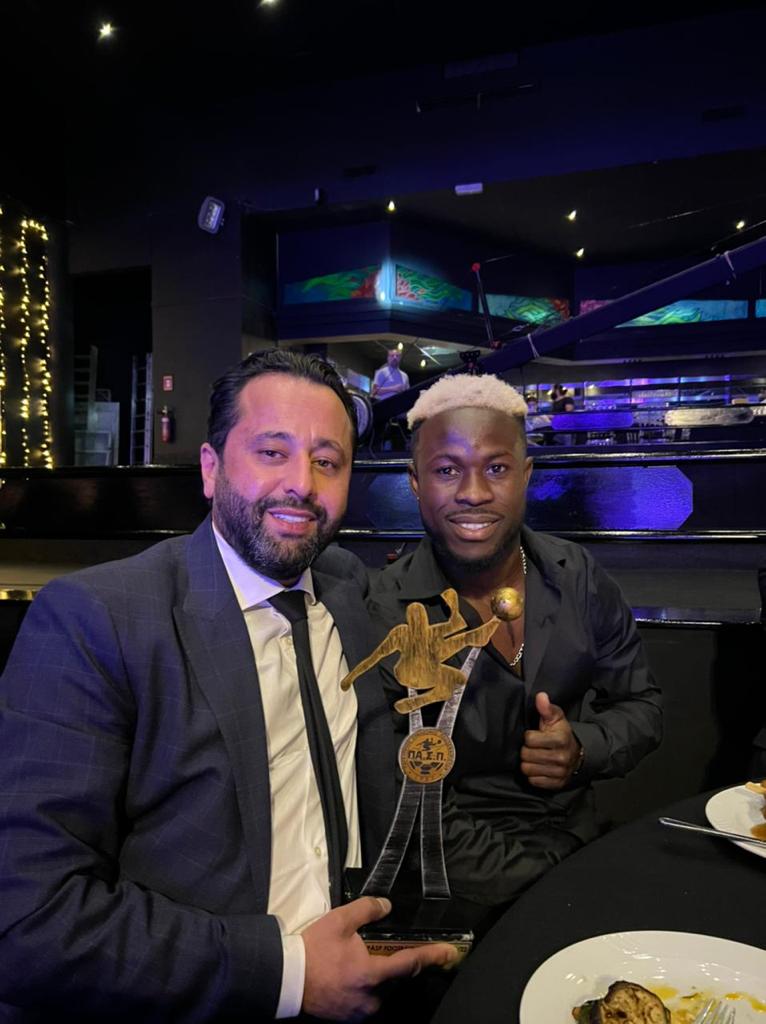 The 27-year old was voted the best midfielder in the league in a colorful ceremony held at the Monte Caputo in the Cyprus capital.

Kingsley has enjoyed an impressive campaign since joining APOEL on loan from Olympiakos Nicosia.

The former Malmo FC player made significant contributions in the course of the campaign as APOEL improved on their 8th place finish from last season.

The capital-based club finished 2nd as they missed out on the league title to Apollon Limassol.

The Ghanaian however enjoyed a positive personal campaign as he was named the best midfielder in a ceremony held on Thursday.

The award which is voted for by colleague footballers saw the Ghanaian sweep the top gong amidst cheers from the crowd.