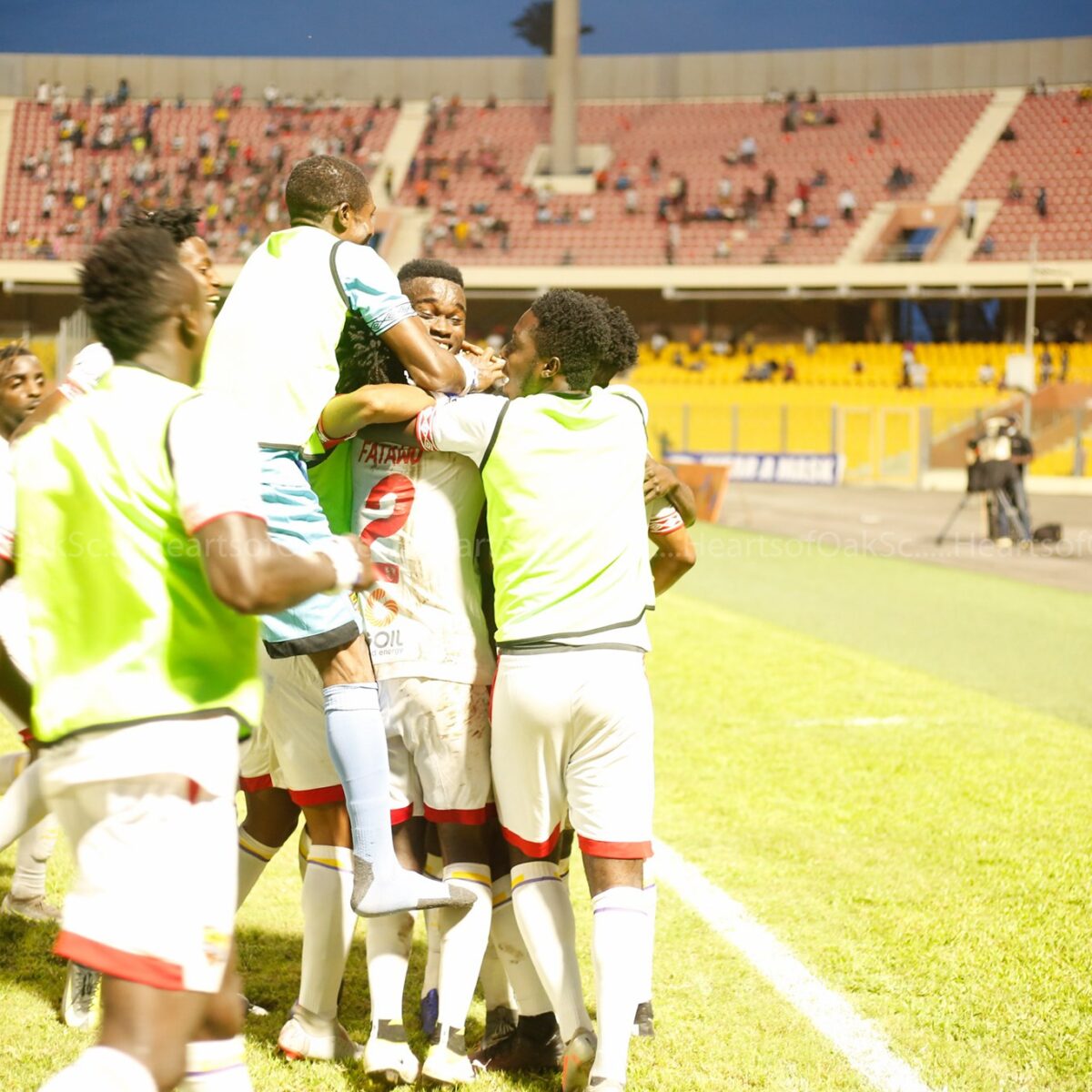 Accra Hearts of Oak produced another scintillating performance to emerge victorious over Legon Cities at the Accra Sports Stadium in match day 30 of the Ghana Premier League.

The Phobians had lost top spot to bitter rivals Kotoko and knew they needed to win to regain top spot after Kotoko beat Karela on Wednesday at the Len Clay Stadium.

Legon Cities however were determined to ruin Hearts quest for a league title in over a decade and for a large part of the opening minutes kept the Phobians at bay and frustrated the Hearts fans.

Hearts knocked the ball around patiently and broke the deadlock in the 28th minute after a brilliant team move.

The move which started with Patrick Razak involved goalkeeper Richard Attah and ended with Kwadwo Obeng Junior for a simple tap-in after a brilliant work from Daniel Barnieh.

The forward scored his ninth goal of the season but Daniel Afriyie Barnieh deserves all the credit for the goal.

The National u-20 skipper run was brilliantly spotted by Razak and the forward showed great composure to dribble past two defenders and set up the forward for the opening goal of the game.

Hearts went on to beat the Royals 2-1 and regain top spot in the league.