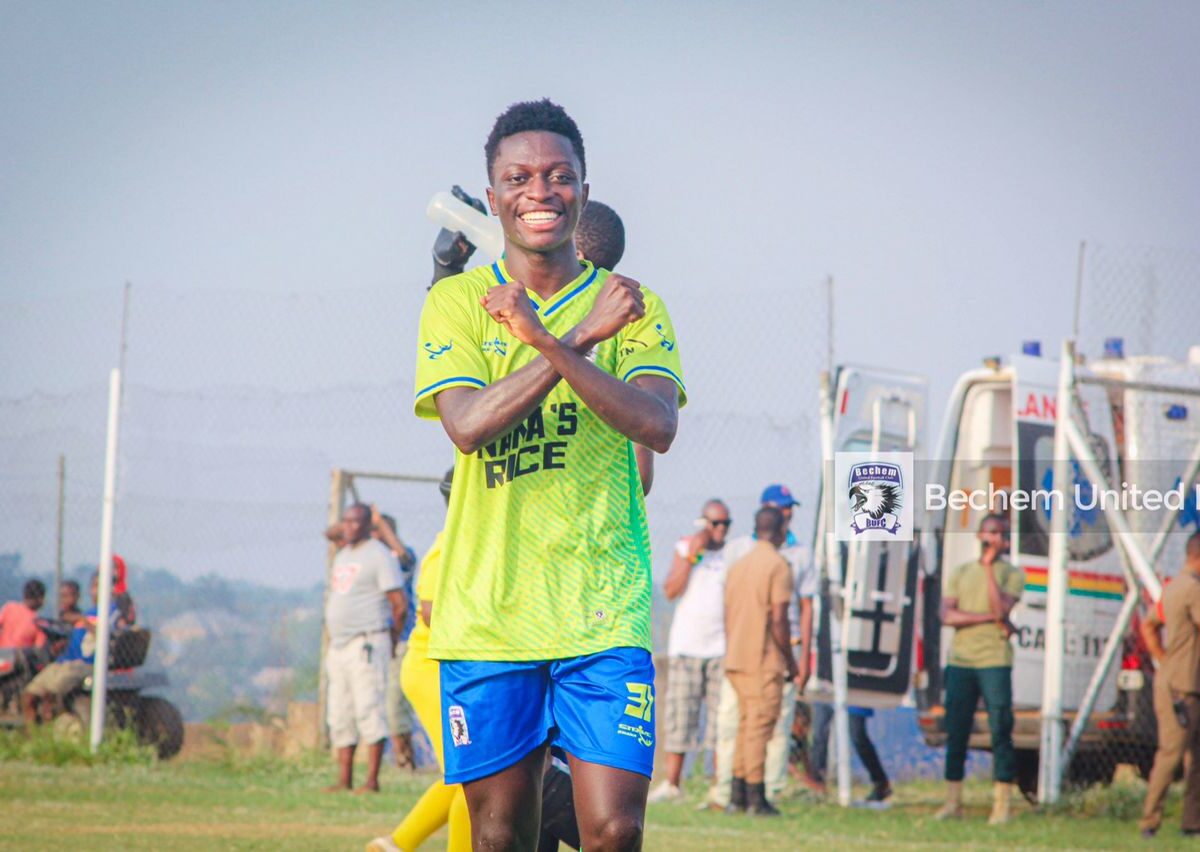 Emmanuel Owusu was on target for Bechem United in their 1-1 draw against Hearts at the Nana Gyeabour’s Park.

The 19-year old scored from close range to open the scoring for the hosts.

Hearts however drew parity on the stroke of half time to snatch a point in an entertaining Premier League game.

The former Tema Youth forward has been in inspiring form for Bechem United since joining in the second half of the season.

His latest feat is his fifth since joining from the second-tier of Ghana football.