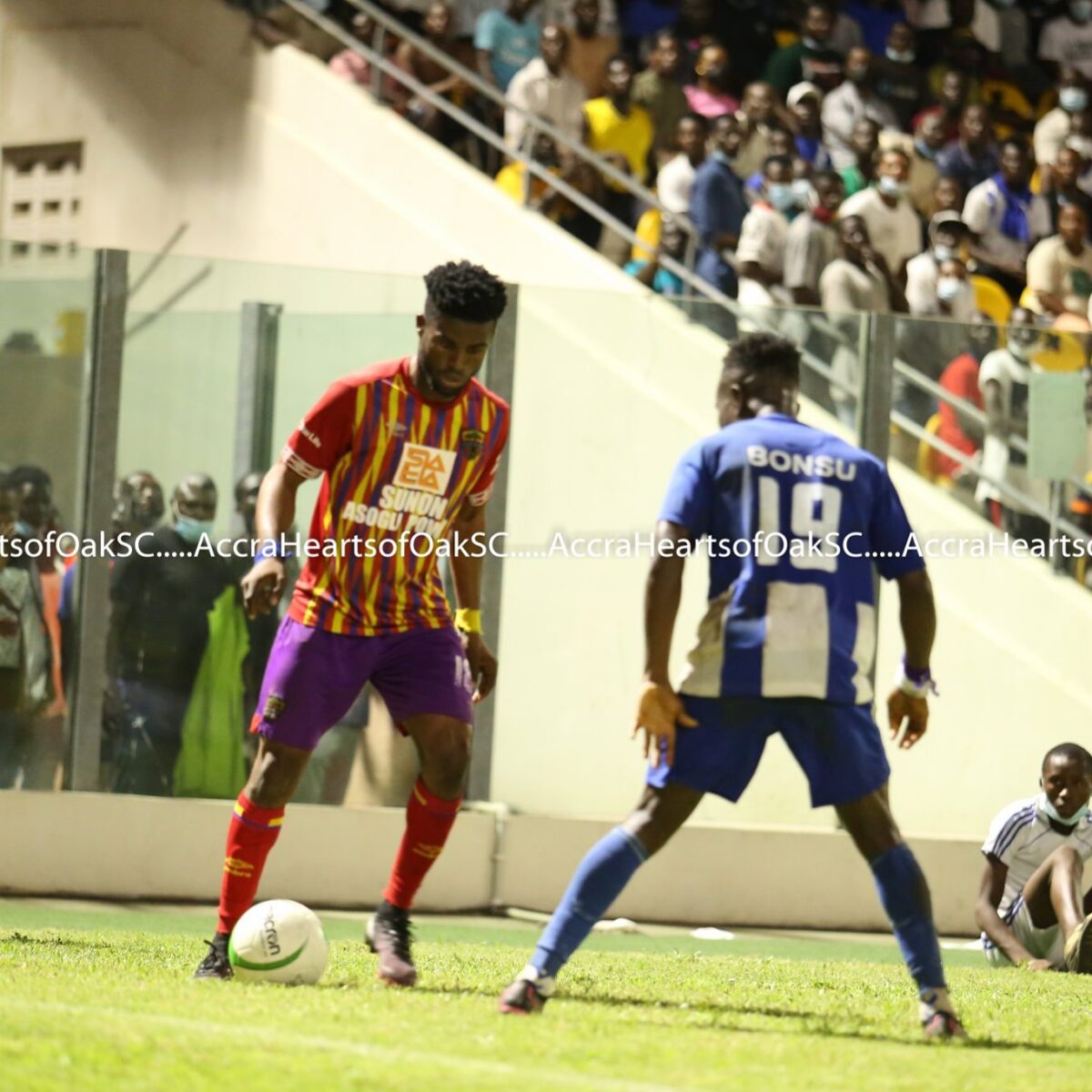 Daniel Afriyie Barnieh was in inspired form for Accra Hearts of Oak in their 1-1 draw against Olympics at the Sports Stadium.

The National U-20 skipper was at the heart of everything the Phobians did going forward and nearly made an outrageous assist to help increase Hearts lead.

The forward received the ball at the edge of the corner flag and cheekily went past Bonsu but his final ball was parried away by the goalkeeper.

Hearts were guilty of squandering several glaring chances and were made to rue their missed chances as Olympics equalized.

The Phobians though remain on top of the league with a superior goal difference as the race of the title reaches it’s final stages.

Referee failed to award goal due to pressure- Samuel Boadu