[VIDEO]: Awako reveals reason behind his goal against Elmina Sharks 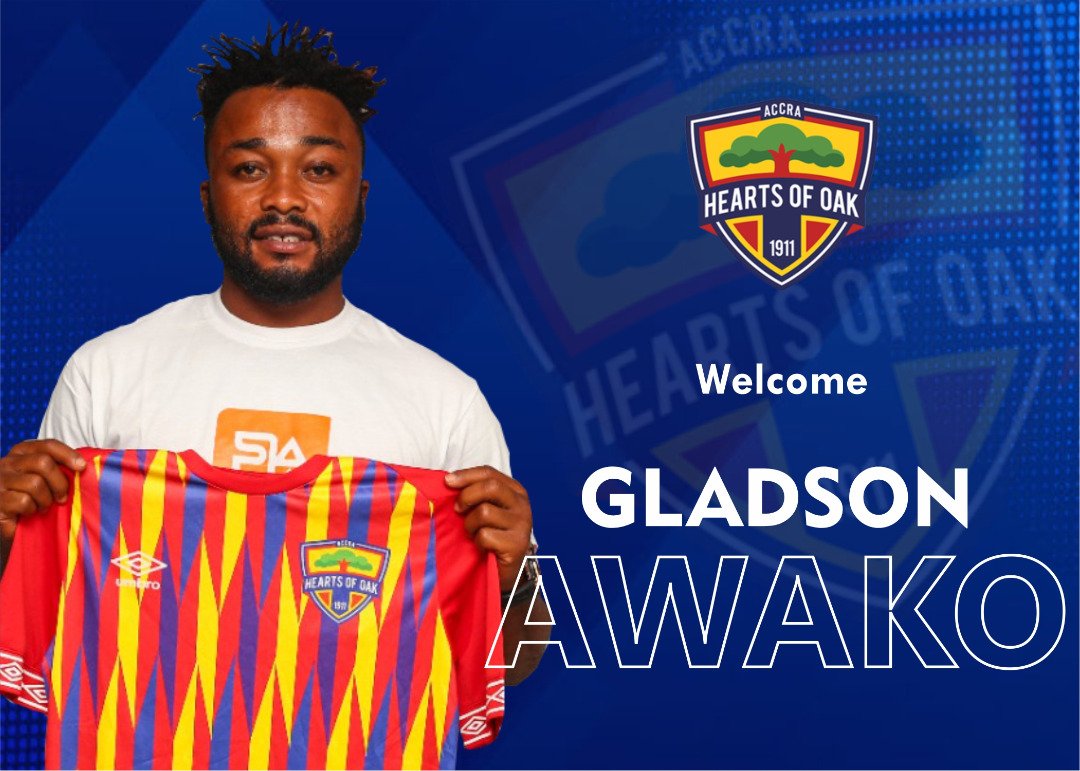 Gladson Awako came off the bench to help Accra Hearts of Oak defeat Elmina Sharks 1:0 in the mid-week round of fixtures in the Ghana Premier League.

The former Olympics player grabbed the headlines with a sumptuous goal to mark his debut with a goal and help Hearts to their first League win of the season.

Hearts have endured a difficult start to season- having failed to record a win in their opening four matches and suffered humiliation on the continental stage-following heavy defeats against Wydad and JS SAoura in the CAF Champions League and the CAF Confederation cup respectively.

The defending champions have been under pressure over their recent performance and for a large part of the game appeared to be struggling to breakdown a disciplined Shark defense.

Awako who was included in the Hearts squad for the first time since his controversial move from Olympics was introduced into the game, and within ten minutes announced his name to the Hearts faithful with a well taken goal to hand Hearts their first win of the season.

“Where I was during the first half, I was monitoring because we couldn’t drive from the back and the coach keeps telling us to try to shoot at goal, And I wanted one but I didn’t get it but when I got this ball, my first control did everything for me.” Awako told reporters after the game.