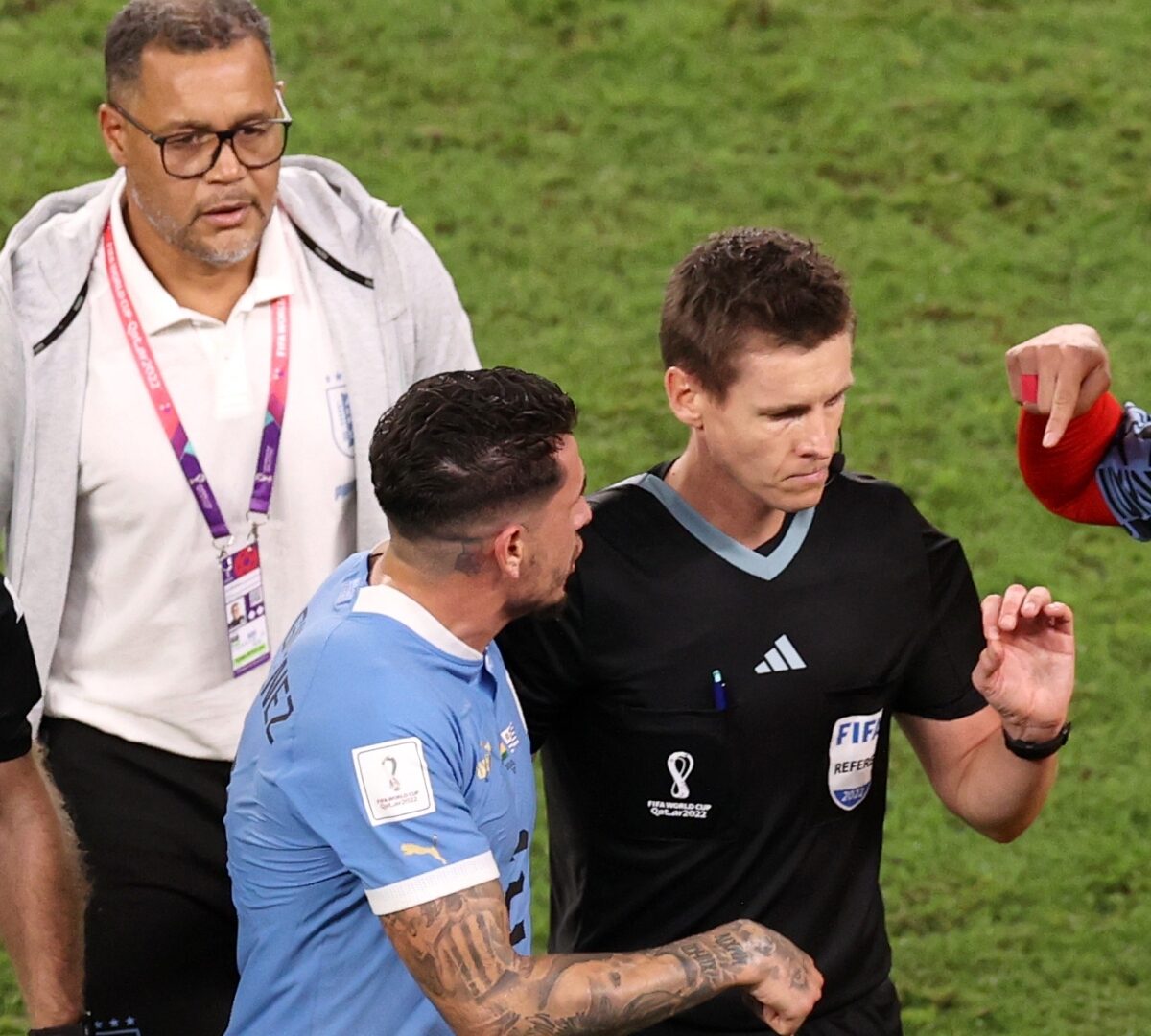 Fifa has opened disciplinary proceedings against Uruguay’s football association and four players over their conduct at the end of their final World Cup group game against Ghana.

Uruguay’s players reacted furiously at full-time, confronting the referee and appearing to manhandle an assistant after they failed to award a penalty after a coming together between Darwin Nunez and Alidu Seidu.

The Uruguayan FA faces action for the same breaches of the code, as well as another relating to discrimination.

Valencia forward Cavani was filmed pushing over the pitchside monitor as he walked down the tunnel after the match, after which ITV pundit Ian Wright called him a “horrible guy”.

Fifa has also opened proceedings against Serbia’s FA relating to “incidents” during their 3-2 defeat by Switzerland in their final Group G game.

Football’s world governing body has not specified the incidents, but fans were told during the match to “stop all discriminatory chants and gestures”.