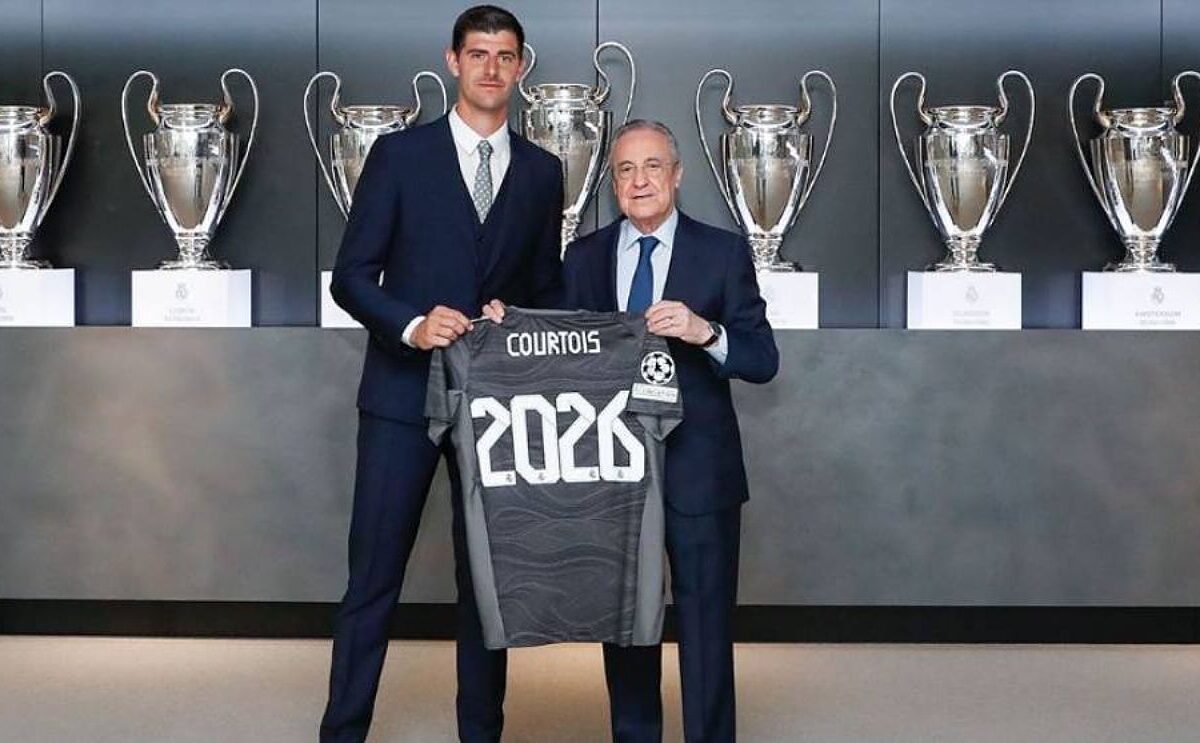 Belgium goalkeeper, Thibaut Courtois has signed a new five year contract at Real Madrid which will keep him at the club until June 2026.

The former Chelsea goalkeeper has since won the Spanish title and helped them reach the Champions League Semi-finals last season.

The Real Madrid goalkeeper made his 130th appearance for the club over the Weekend and has also been nominated for the UCL goalkeeper of the season alongside Chelsea’s Mendy and Ederson of Manchester City.