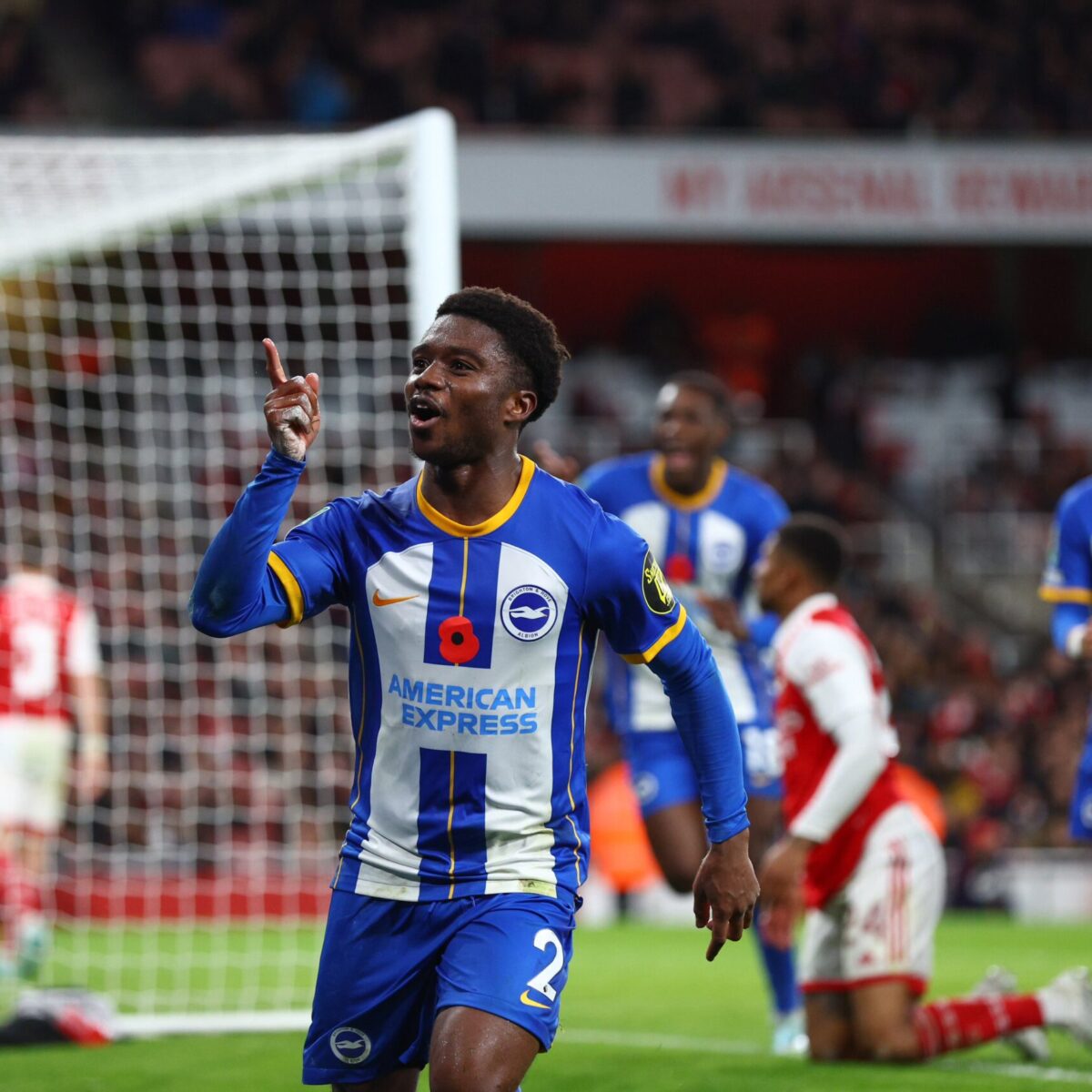 Premier League leaders Arsenal were knocked out of the Carabao Cup as Brighton gained a shock away victory.

Eddie Nketiah had given Arsenal the lead with a curling finish after Reiss Nelson’s run from the halfway line.

Danny Welbeck, who played for the Gunners in the 2018 final, made it 1-1 with a penalty after he had been fouled by debutant home goalkeeper Karl Hein.

Kaoru Mitoma put Brighton ahead after a neat passing move and Tariq Lamptey added a third with a low strike.

The loss in this third-round tie was only the third time in 20 matches in all competitions that Arsenal had been beaten this season.

Brighton’s best performance in the EFL Cup came in 1978-79 when they reached the quarter-finals, but this is now the third successive season where they have reached the last 16.

The draw for the next round will take place on Thursday night, following the match between Manchester United and Aston Villa at Old Trafford

Jeffrey Schlupp: Football agent reacts as Palace midfielder is left out of Ghana's squad for the World Cup