Swansea City: Andre Ayew happy to play in the Championship 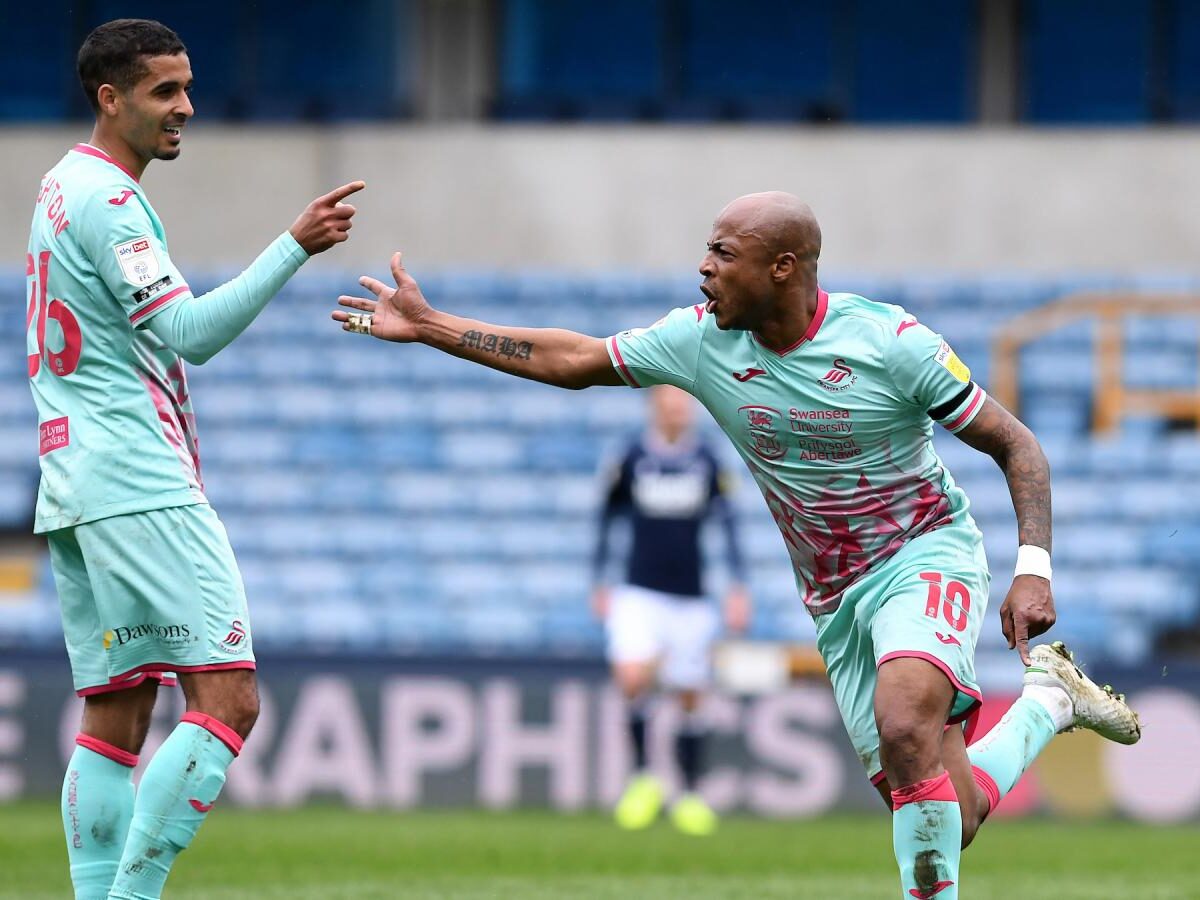 Ghana captain, Andre Ayew has revealed he is happy to stay with championship club, Swansea city despite interest from several premier league clubs.

The Black Stars attacker scored his 17th goal of the season to help Swansea secure a 1-0 advantage over Barnsley in the first leg of the Championship play-offs.

The 31 year old believes his decision to stay with Swansea is not an indication his career has retrogressed.

“Some people will say maybe my career has dwindled because I’m playing in the championship and let me say there were offers to go and play in the Premier and I could have jumped at the first offer that came in, but no,” Ayew, who was highly linked to Premier League side West Bromwich Albion and Brighton & Hove Albion in summer last year, told BBC Sports Africa .

“Sometimes it’s not every offer that comes that you have to take, you first look at your happiness and then consult your family and the team and see what is best before making a decision.

“I really don’t think I have lost anything, look at my numbers both here and at the [Ghana] national team, they are getting better and I’m happy for the journey I took.”

Ayew also spoke on the Ghana national team, whom he captained to a disastrous Africa Cup of Nations campaign in 2019.

In Egypt, the Black Stars lost to Tunisia on penalties in the Round of 16, failing to reach the quarter-final of the competition for the first time since 2006.

“I take full responsibility for that campaign as the captain it was unacceptable and we have spoken about this as a team,” Ayew said

“I still hurt from that but as captain, the pain is good because it’s pain that doesn’t just go away it’s a pain that reminds us that we owe our people the trophy or at least our all.

“We have qualified for [the next Afcon tournament in] Cameroon and we have to prepare and be ready because we have a very good core now and with this core and a little guidance and sacrifice-we can finally achieve our aim.”

Ayew has scored five goals in his last 10 appearances for Ghana.

Karim Benzema recalled in France squad after six-years of absence