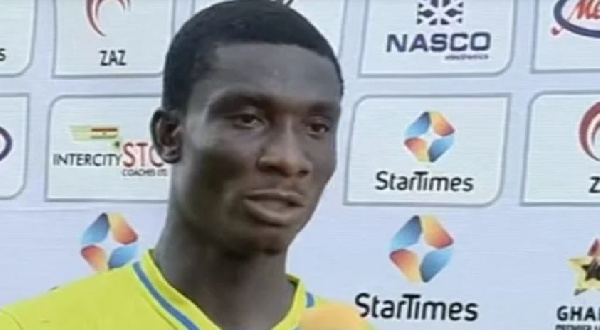 Bechem United defender Samuel Osei Kuffour has apologized for his stamp on Mbella.

The defender who was adjudged man of the match was caught in an off the ball incident throwing his studs at Kotoko Cameroonian forward Mbella.

The incident which was missed by the officials was widely rebuked and many have called for a retrospective action for his senseless stamp on the forward.

The defender has since shown remorse for his actions and issued an apology to the Cameroonian forward.

”I have spoken and apologized to Frank Mbella [Asante Kotoko] on his way to Kumasi”- the defender said after the game.

”I am very remorseful of the incident that transpired during our home encounter against Kotoko at Bechem park. I want to articulate my apology to the Cameroonian attacker and Kumasi Asante kotoko” he added.