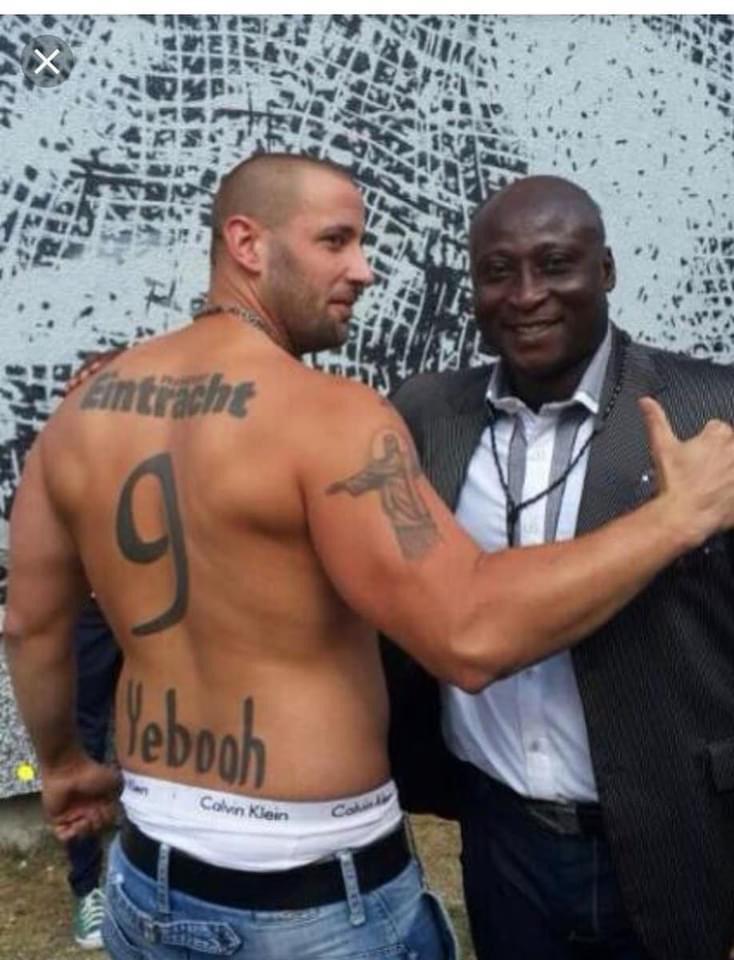 Between 1986-1988, 20-year-old Anthony Yeboah was undoubtedly one of the biggest names in Ghanaian football. He had scored over 40 goals in two seasons for Okwahu United.

He had received offers from giants Hearts of Oak and Asante Kotoko but he wasn’t bothered about the moves. Okwahu United was then led by the revered Welbeck Abra-Appiah and funded by some of the richest businessmen in the country and Yeboah was financially okay.

In an interview in 2020, Yeboah revealed that after scoring on match days, he could walk through Kantamanto Market (where a lot of Kwahu businessmen were based) and return home with lot of money so he felt comfortable and money couldn’t entice him to move.

He struggled initially but a match in June 1989 changed everything. Saarbrucken faced Frankfurt in a relegation fight. Frankfurt won the first leg 2-0 but Yeboah did not only score twice in the return. He tore the Frankfurt defenders including the legendary Dietmar Roth apart.

Frankfurt Mgt kept tabs on Yeboah and signed him at the end of the season. A section of the fans extremely hated him being the first black player the team had ever signed—and was subjected to monkey-noises and other racist insults. Only one thing could silence them. GOALS

He became the first African to win the Bundesliga goal king. This was a country with some of the best goal scorers in the world and this cemented his name in Frankfurt history

The club had no option but to make the Black man Tony Yeboah captain of Frankfurt, becoming the first African to skipper a Bundesliga side.

By 1995, he had made 123 appearances with Eintracht scoring 68 of his 96 goals in the German top flight for the Red and Blacks.

Now a household name in Germany, he commenced his legendary work off the field. In 1994, Yeboah boldly wrote an open letter campaigning against racism in Germany’s football stadiums and in everyday life. He did in collaboration with his Ghanaian friend Tony Baffoe who was then at Fortuna Düsseldorf and Senegal’s Souleymane Sane (Leroy Sane’s dad). The letter was so brutal it got published in the nation’s largest sports newspaper, Bild, and it is a rare and refreshing example of activism being responded to by the footballing authorities.
Several months after the letter was drafted, the DFB and Bundesliga worked together to create the
“Mein Freund ist Ausländer” campaign – translated to “My friend is a foreigner” – with each side wearing the slogan on their chest. It was a genuine landmark in German football’s resistance to racism and they had Yeboah in part to thank.

From being hated, Tony Yeboah’s few years spent at Frankfurt has made him part of the cultural symbols of the City. A giant picture of him has been mounted at main train station in Frankfurt as a legend beyond football and an African pioneer in the Bundesliga.

There’s a mural of Yeboah on a five-storey building that faces the train line between the airport and city centre and all fans connecting to Frankfurt’s Commerzbank Arena have to pass by the ‘Anthony Yeboah House’. It’s become the symbol of tolerance and against racism.

Yeboah may have left for a huge transfer fee of £3.5million in 1995 to Leeds United but has legendary status in Germany is still enormous. From tattoos to big birthday celebrations for him at their stadium and his images in the museum.

To Eintratcht Frankfurt fans, Yeboah is beyond a legend. He is a football icon who shaped the club’s relationship between the black and white. He paved the way for more African players into the club. In 1994, Frankfurt signed Ghana’s Michael Osei based on recommendation of Yeboah .

Tony Yeboah is regularly invited by Eintracht to watch big games or as TV pundit. In 2022, the club flew Yeboah to Seville to watch them win their first European Cup in over 4 decades. He was presented the trophy as one of the few legends to get that honour.

There are very few African footballers who receive the kind of recognition and honour Eintracht Frankfurt gives to Tony Yeboah. It’s been almost three decades since Yeboah left Frankfurt but his status keeps increasing with the passing of the years.