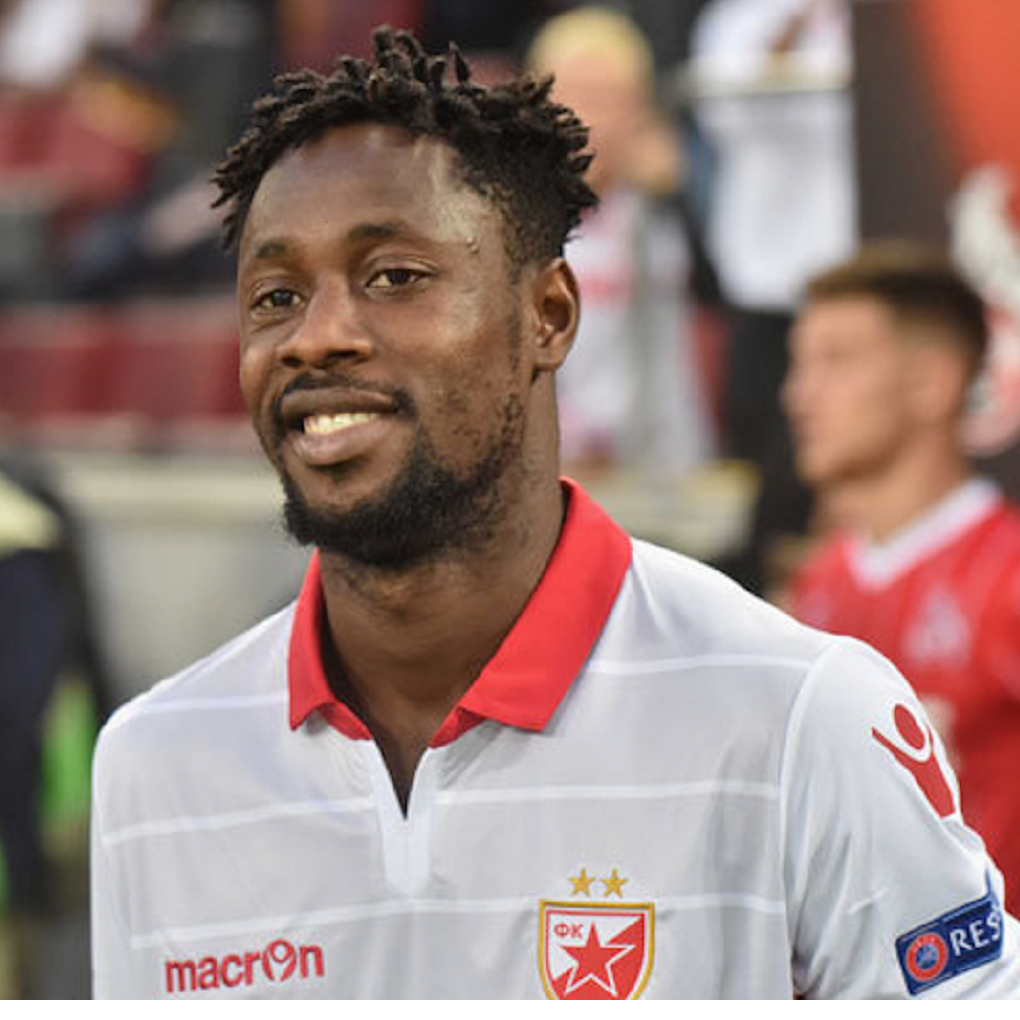 Red Star Belgrade’s Ghanaian striker, Richmond Boakye-Yiadom has revealed that he hopes to play in the English Premier League before calling time on his football career.

The 27-year old came close to joining heavyweights Chelsea during the tenure of Italian gaffer Antonio Conte, but the deal fell through at the last minute.

But speaking in a latest interview, the lanky attacker expressed optimism of his dream move to the most exciting league in the world.

“I had the opportunity to go to England but a deal didn’t go through”, Boakye Yiadom told TV3 in an interview.

“I am training hard to get to England because is one of my dreams. I want to play in England before I retire,”  the former Juventus star added.

Comment on his preferred club in the English topflight, Boakye Yiadom said, “It doesn’t matter the club I will play but any of the EPL clubs will do”

“Some time back there were some interest from clubs like West Bromwich Albion, Chelsea, Newcastle United and a couple of others but the move couldn’t happen so I had to move to China”, he concluded.

He has previously featured for Chinese Super League side Jiangsu Suning, Latina, Atlanta, Elche and

Dong Bortey's first child is a footballer at the University