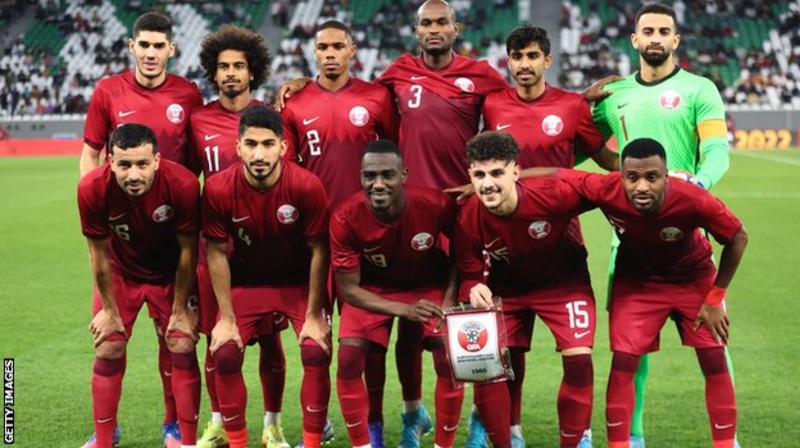 The World Cup in Qatar this year is already set to be a unique tournament.

The first to take place in a Muslim country in the Middle East, the global event has been moved from the summer because of extreme heat to the cooler winter months of November and December, with matches being played in air-conditioned stadiums.

Now the national team are also taking an unusual approach to preparations by staying together in a training camp for six months.

The 27-strong squad assembled last month and Felix Sanchez’s side will play a series of friendly matches before their opening Group A fixture against Ecuador on 21 November.

The first part of the camp took place in Spain before they moved on to Austria, where they have a four-team tournament lined up against Morocco and Ghana – who will also participate in the World Cup – as well as Jamaica.

“The idea is not completely crazy but it is a strange thing to do,” a source from one of the Qatar Super League (QSL) teams told BBC Sport.

“It is just too long – they should do it for a shorter timeframe. Taking the players out of competitive games is difficult from a mental point of view.

“It is hard to stay together for so long. The players might become mentally burnt out and they could decide to cut the camp short.”

The idea seems to stem from 20 years ago when World Cup co-hosts South Korea spent five months in camp, before embarking on a shock run to the semi-finals where they were agonisingly beaten by Germany.

The plan is to work as a group on tactics as well as generating team spirit and understanding before hosting the tournament.

But teams in the domestic QSL will be without their key players for the opening seven games meaning players such as forward Almoez Ali of Al-Duhail and winger Akram Afif, who plays for champions Al-Sadd, will be deprived of competitive matches.

“Not playing competitively is the biggest drawback,” added the source. “There is nothing to win or lose in friendlies. But by having them all together they can play more solidly, with a better identity as a collective because they are not so strong individually.

“They are not training all the time though – they can bring their families to stay over and have free time with them or allow them to come back to Qatar for a few days.

“Otherwise it becomes like an army camp and this is not the mentality of the country.”

Qatar will also face Senegal (25 November) and the Netherlands (29 November) in their World Cup group.

Last month, Championship side Watford canceled a friendly against Qatar in Austria after complaints from supporters’ groups concerned about human rights.