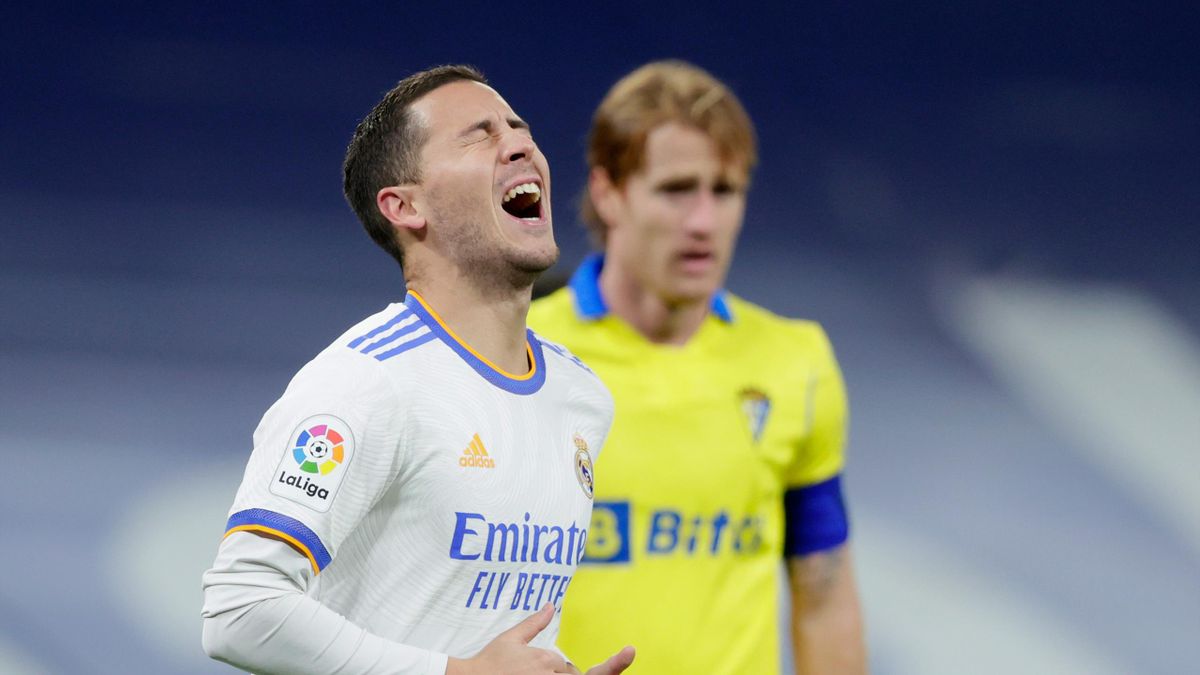 Real Madrid were denied an eighth consecutive La Liga victory after being held by relegation strugglers Cadiz at the Bernabeu.

The result leaves Real six points clear at the top of the table having played a game more than second-placed Sevilla.

The hosts dominated throughout, registering 36 efforts on goal to the visitors’ four.

However, despite creating several good openings it became a night of frustration for Carlo Ancelotti’s side.

Brazilian forward Vinicius Junior flattered to deceive on his 100th league appearance for Real and Eden Hazard was largely a peripheral figure on his first La Liga start since mid-September.

Karim Benzema was another to disappoint, while Alvaro Negredo missed a late opportunity to give the visitors a much-needed victory that would have lifted them out of the bottom three.