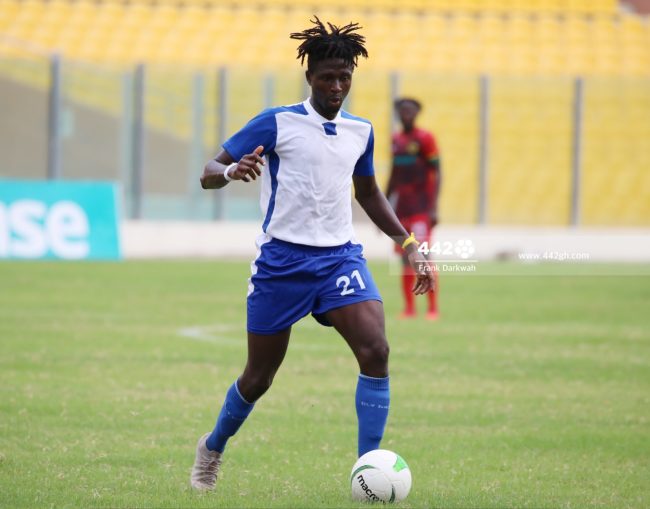 Accra Great Olympics midfielder Razak Kassim is delighted to be part of a 43-man squad invited for the Black Stars B training camp at the Ghanaman Soccer Centre of Excellence in Prampram.

The Versatile player has enjoyed a remarkable season for the Dade Boys- playing 33 of the 34 matches in the just ended Ghana Premier League Season.

The midfielder is highly rated among his colleagues after a sterling campaign where he has formed a great understanding with Gladson Awako in the midfield department for Olympics.

Coach Annor Walker described him as a key member of the Olympics squad and he is touted among football fans as one of the best defensive midfielders in the game.

His latest call-up is a reward for a successful campaign where he has helped Olympics to sixth place on the table.