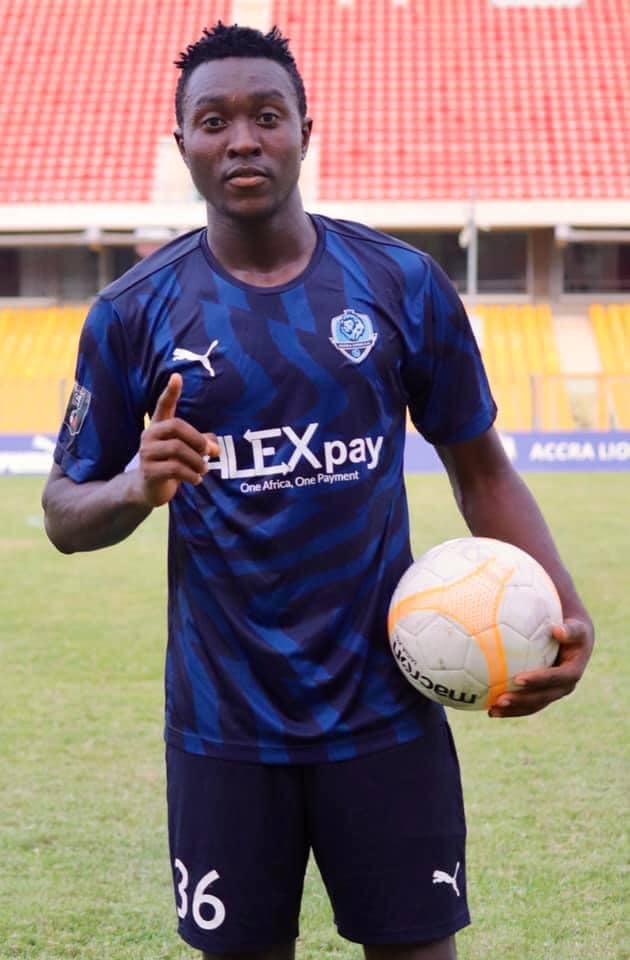 Accra Lions forward, Rauf Salifu bagged his second hat-trick in five days to help his side to a 6-1 victory over Phar Rangers in the on going division one league.

The Ghanaian International who was adjudged Man of the Match put up another splendid performance to carry his goal scoring tally to a mouthwatering 16 goals in 18 matches- making him the highest scorer in the division.

Accra Lions are currently a point behind Tema Youth in the Zone 3 standings of the Division one league after 18 round of matches.

Lions were recently victims of some poor officiating in their encounter against Kotoku Royals prompting a suspension for the officials involved in that game.

The Accra based club will host Vision FC in their next game at the Accra Sports Stadium as they hope to make the Top Flight since its inception in December, 2015.

'There is no fear in playing Kotoko'- Hans Kwofie