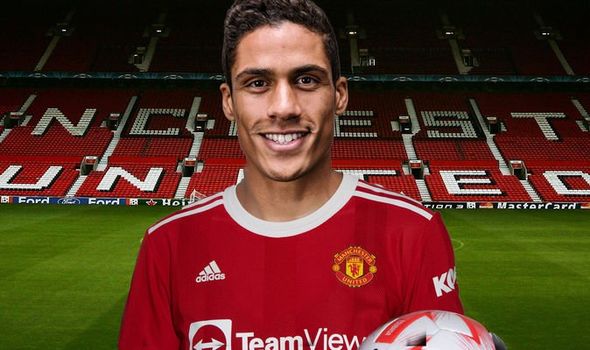 Raphael Varane will miss Manchester United’s opening Premier League game against Leeds on Saturday as the deal is not “100% done yet”.

United reached an agreement with Real Madrid for Varane on 27 July.

The France defender, 28, is in Manchester but missed Friday’s league deadline to register him for the weekend because of quarantine rules.

“Unfortunately with the isolation that delayed these things.”

Solskjaer said the transfer was still be completed.

“Edi is in the country,” Solskjaer said. “He’s just finishing off his isolation period. He’s had a little bit of extra time for personal reasons.

“Eric and Amad are also in the country waiting to get the all-clear to join the team again.

“They’ve had a very exciting summer of course, been in the Olympics and played games before that as well, so they should be fit before they come.”