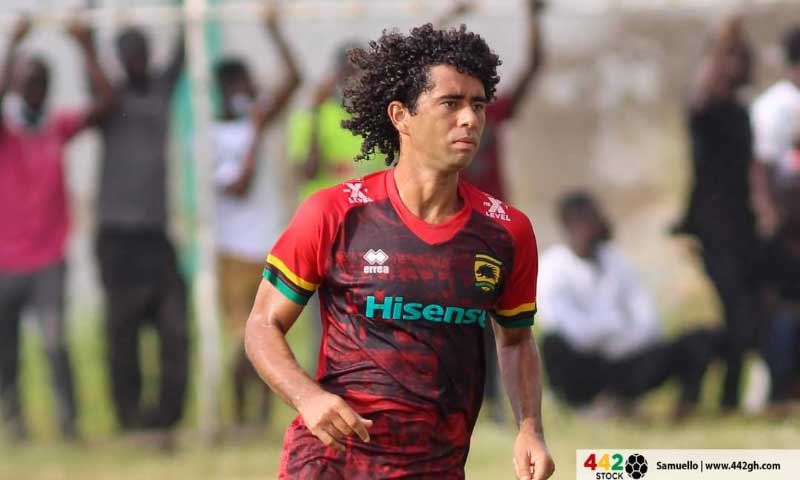 Kumasi Asante Kotoko forward, Fabio Gama has revealed that he is opened to playing for the Black Stars but admits it is not an easy decision.

The Brazilian forward has been in scintillating form for the porcupine warriors and seem to have settled well in the Country.

The 28 year old performances this season has led to a conversation about a call up to the Black Stars but Speaking in an interview with Pure FM the Brazillian remains adamant it will be difficult to make a decision now but refused to shut the door on playing for the Black Stars in the future.

“Why not, but it’s not an easy decision to make.

“I would have to discuss it with my family, so I can’t give a definite answer now.

“It’s a decision that you have to think about very well,” he said.

Gama has had a goal contribution in every single game he’s played under new Portuguese manager, Mariano Baretto.

The Kotoko forward is likely to return to the starting line-up against Medeama after sitting out last Friday’s 0-0 draw against Olympics.