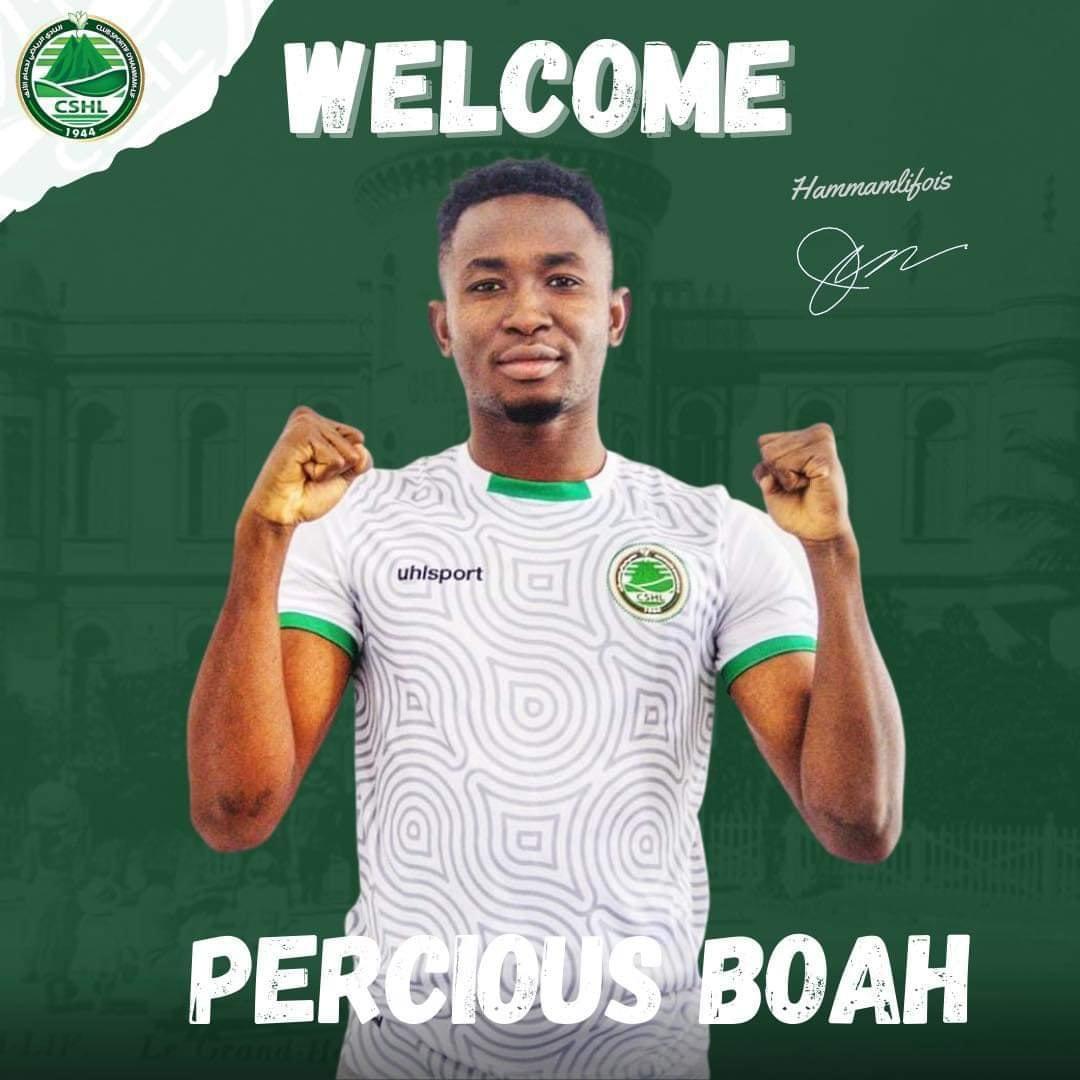 The 19-year old Ghanaian joins the Tunisian top-flight side on loan following his summer move to Esperance.

The young prodigy has struggled for game time since joining the Tunisian giants and a move away from the club will help him get much needed minutes as he seeks to leave his mark in the Tunisian League.

Boah joined Esperance from Dreams FC following a breakthrough season where he guided Ghana to Gold at the AFCON U-20 tournament in Mauritania and an impressive premier League campaign where he scored seven goals.

The young forward is expected to stay with Hammam for the rest of the season where he is expected to reignite their campaign after a run of one win in five matches.

Hammam LIf are bottom of the Tunisian table and the addition of the Ghanaian striker is expected to boost their bid to escape relegation.