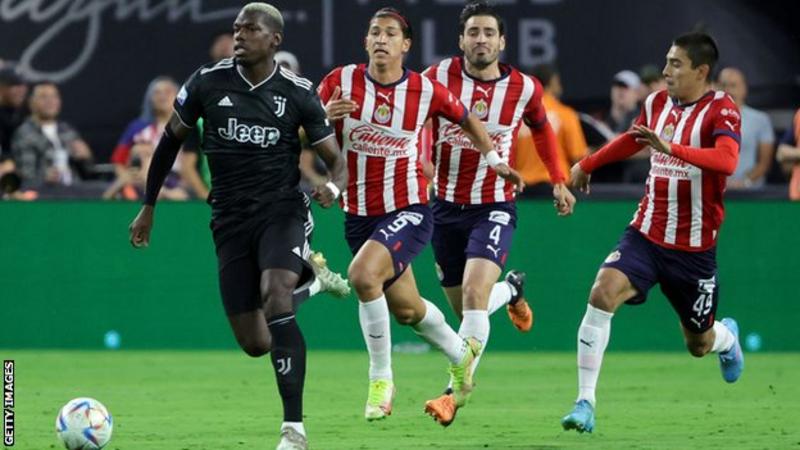 Paul Pogba does not need surgery on his knee injury and could be back playing for Juventus within weeks.

There were fears the 29-year-old France midfielder could miss the World Cup this winter if he had to undergo an operation.

However, that was ruled out after Pogba – who helped his country win the trophy in 2018 – saw a specialist on Tuesday.

He rejoined Juventus this summer on a free transfer after his contract with Manchester United expired.

Pogba suffered the injury during a training session on the Serie A club’s pre-season tour of the United States.

He featured in Juve’s first game against Mexican side Chivas Guadalajara last month, but complained of “pain in his right knee” afterwards.

Tests showed a lesion to the meniscus.

La Gazzetta dello Sport said Pogba will now undergo a treatment regime based in the gym and pool and is likely to be out for five weeks.

Juventus begin their Serie A campaign against Sassuolo at home on Monday, 15 August (kick-off 19:45 BST).