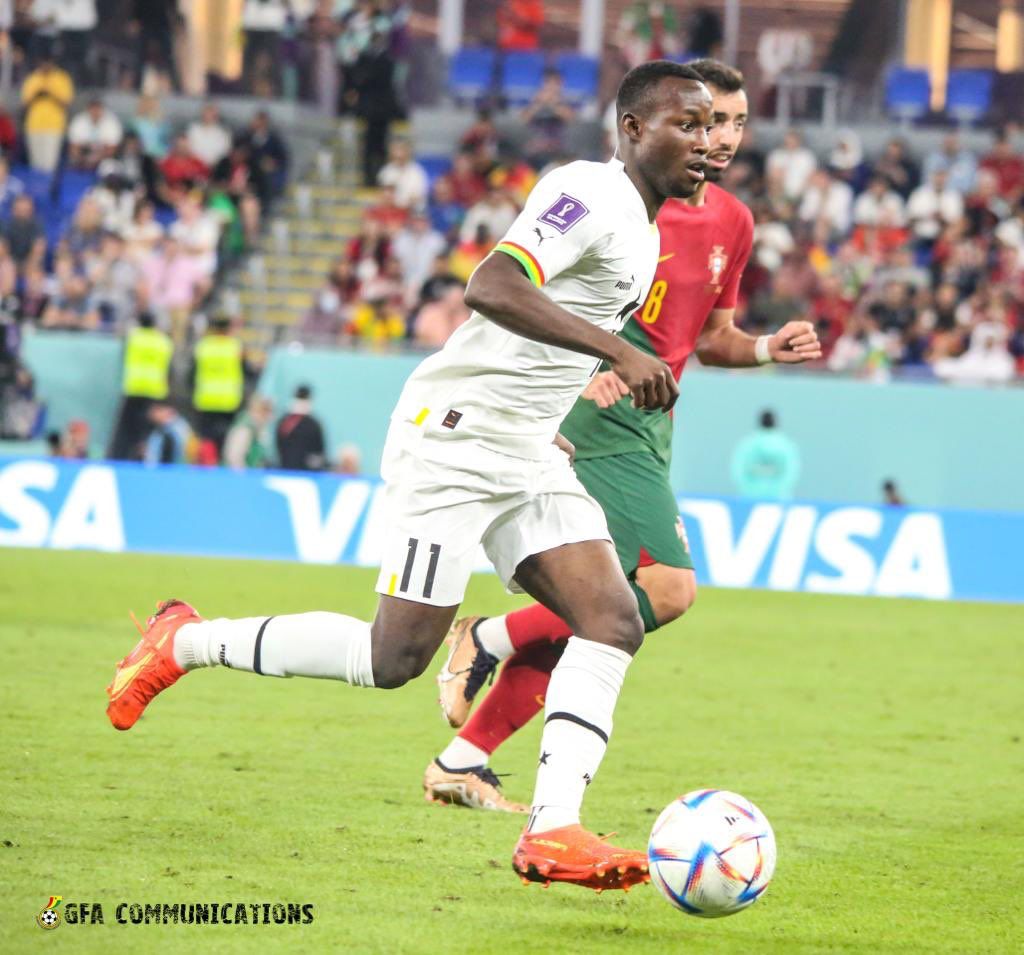 Ghana winger Osman Bukari has explained the reason behind his wild celebration as the Black Stars tasted defeat against Portugal in their opening game at the on-going FIFA World Cup,

Bukari, a second half substitute hit the popular SIUUU celebration after scoring from close range as Portugal triumphed 3-2 over the Black stars.

Ronaldo scored from a controversial spot-kick to give Portugal the lead.

Andre Ayew equalized for the Black Stars after a great work from Mohammed Kudus but two quick goals from Felix and substitute Rafael Leao ensured that the Portuguese had a firm grip on the game.

Bukari then scored what was apparently a consolation goal for the Black Stars to set up a nervy finish to the game for the Portuguese.

The former Accra Lions winger however received a backlash from fans across the world for his Ronaldo esque celebration while the Black Stars were losing.

The 23-year old who was making his world cup debut appeared overwhelmed by the occasion after scoring in his appearance at the global showpiece.

This is incorrect. I was overcome by the emotion of the moment of scoring for my country on my World Cup debut leading to my celebration.” The winger explained in a post on twitter.

My upbringing doesn’t permit me to be disrespectful to elders let alone one of my idols.

Thanks for your support and we focus on our next game”. He added.

Ghana will hope to bring their campaign back on track when they face South Korea while Portugal face Uruguay in the other Group H game.

'That is total Genius'- Ronaldo receives praise for penalty against Ghana