My mum wept after I joined Kotoko- Defender Agyemang Badu 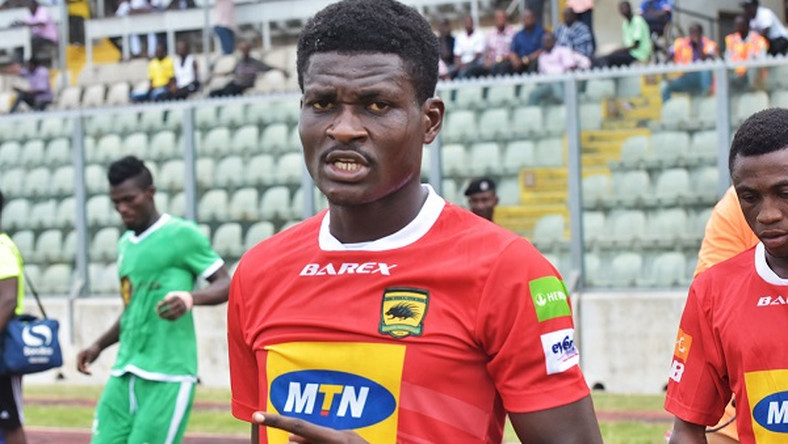 Emmanuel Agyemang Badu admits he had his mother in tears when informing her of his Kotoko move.

The utility defender joined the club in 2018 from Division-One side, Phar Rangers having made his name in the lower tier league.

Agyemang Badu says he has been a Kotoko fan since he was a child and is pleased to be able to make his dream of playing for Kotoko and his pledge to his mother a reality.

“My mum cried over the phone when I called to tell her that I have signed for Kotoko. She was a hawker in Accra in my boyhood days. Once I was hawking with her and we came across a newsstand. We saw the Kotoko Express with Prince Anokye’s picture boldly displayed on the front page.”

“My family stayed close with Prince Anokye’s family in Bohyen and we were family friends. My mum was happy seeing the picture and the level that Prince Anokye had gotten to. I saw the happiness in her eyes and I promised her I will also play for Kotoko and get my picture displayed in the paper.”

Agyemang Badu’s got his Kotoko career off to a good start and was very integral when the squad drew 1-1 with Simba FC in a ceremonial game at Dar es Salaam in the early weeks after his arrival.

“I went to the dining hall the day after the game and saw my picture boldly displayed in the national newspaper of Tanzania. I brought the paper to my mum when we returned. And she cried again.”