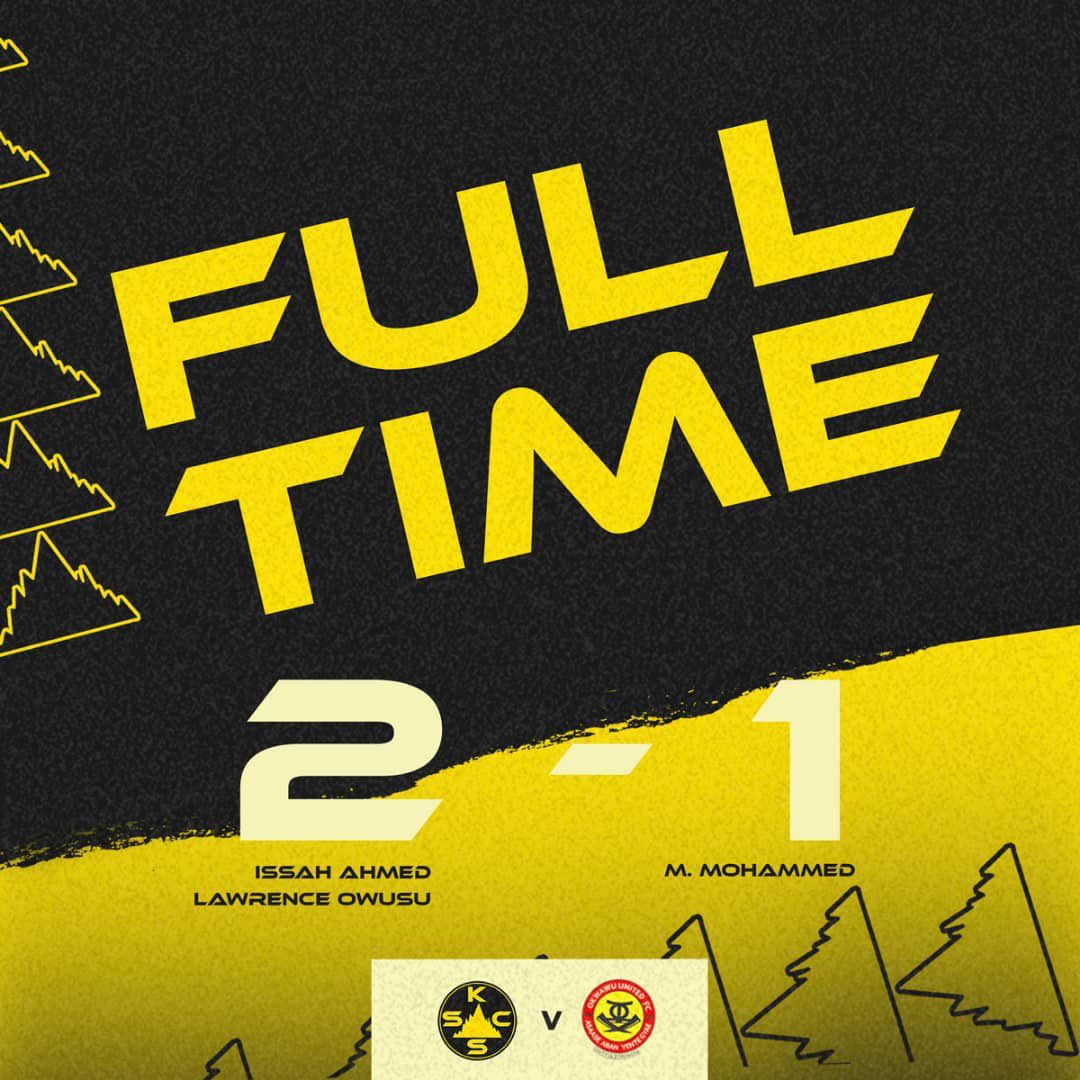 KSSC beat ten-men Okwawu United to advance into the round of 64 of the MTN FA Cup in a thrilling contest at the Akyem Old Tafo Rovers Park.

A goal in each half ensured that the Suhyen-based club marked their maiden appearance in the competition with a win against the one-time winners of the FA Cup.

A penalty at the stroke of half-time was cooly converted by Issah Ahmed to put the hosts in the lead.

The visitors drew parity five minutes after the break but were then reduced to ten-men following a rush tackle that was befitting of a red card.

Substitute Lawrence Owusu however broke their resilience to score a brilliant late goal to put the hosts into the next round and send Okwawu United out at the preliminary stages of this year’s competition.

Hearts vs Kotoko: Fixture rescheduled due to Hearts commitment in the CAF Confederations Cup