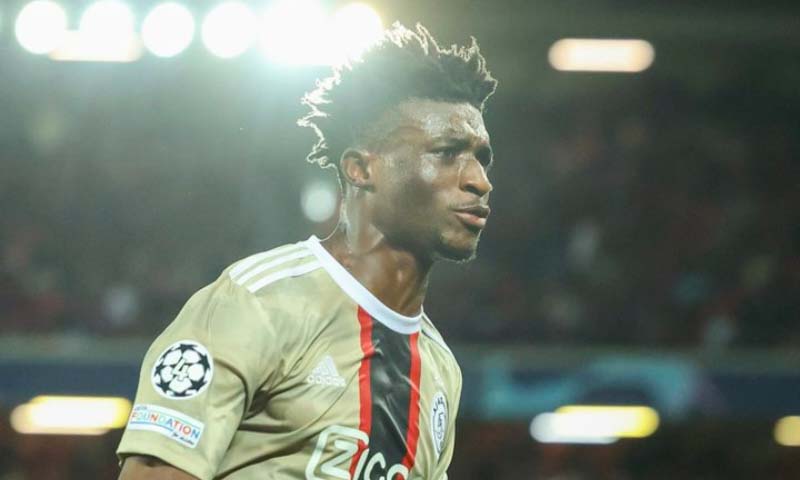 Ghana star Mohammed Kudus has won the Ajax Goal of the month of September award with his sensational goal against Liverpool in the UEFA Champions League.

The 22-year-old scored a brilliant goal to level matters for Ajax when they down by a goal at the Anfield some few weeks ago.

Liverpool scored late in the game to snatch a 2-1 victory but Kudus’ special goal was the most talked about afterwards.

Speaking to BT Sport in the aftermath of the game, Liverpool boss Jurgen Klopp described the goal as incredible, saying: “It was an incredible strike from Kudus.”

Manchester United legend Ferdinand, who was on punditry duty, also intimated that no goalkeeper in the world would’ve saved Kudus’ shot.

“What a devastating finish. No keeper in the world saves that,” the former England international opined on BT Sport.

“He came from the academy Right To Dream from Ghana and he is living the dream,” the former Arsenal captain said.

Kudus received the Lasse Schöne prize ahead of Wednesday’s trip to Napoli in the Champions League where he described the goal as a “hell of a strike”.

He beats his other goal against Rangers in the Champions League amongst others to win the monthly accolade.

Kamal Sowah: Ghanaian sees red as Club Brugge hold on to reach knock out stages for the first time