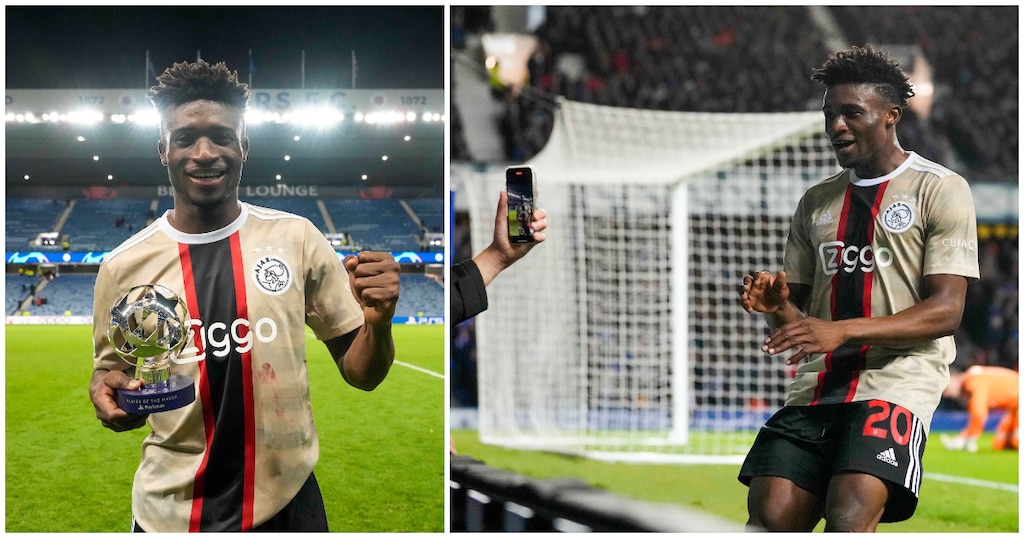 Mohammed Kudus was integral for Ajax as they secured their place in the Europa League with a 3-1 victory over Rangers.

The forward scored in between a Steven Berghius and Francisco Conceicao goal to ensure Ajax finished third in Group A and retain their place in European football.

The Ghanaian was adjudged man of the match after another shining display where he scored and provided an assist against the Scotland-based club.

His phenomenal form has seen him make six goal contributions in five starts for Ajax in this season’s Uefa Champions League campaign.

The 22-year old has scored four and provided two assists despite his club failure to reach the last 16 in the first tier of European football.

Kudus has reached double figures for the Dutch champions as he continues to enhance his reputation in Schreuder’s side.

He is expected to play a big role for Ghana at the World Cup where they open their campaign against Portugal on November 22nd followed by games against Uruguay and South Korea.