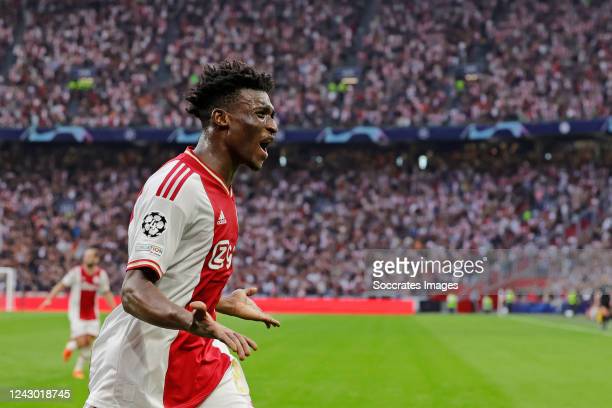 Mohammed Kudus was on target for Ajax in their thumping win against Excelsior Rotterdam in the Dutch Eredivisie on Sunday.

The Ghanaian climbed off the bench to help the Dutch champions to a 7-1 win over minnows Excelsior Rotterdam at the  Johan Cruijff Arena in Amsterdam.

Kudus has been in fine goal scoring form for Ajax this season.

The forward hit his 5th goal of the season and ninth in all competitions after replacing Steven Berghuis in the 74th minute.

His goal against Liverpool in the Uefa Champions League was voted goal of the month at Ajax as he continues his impressive form this season.

CAFCC: Hearts suffer elimination despite victory against AS Real Bamako