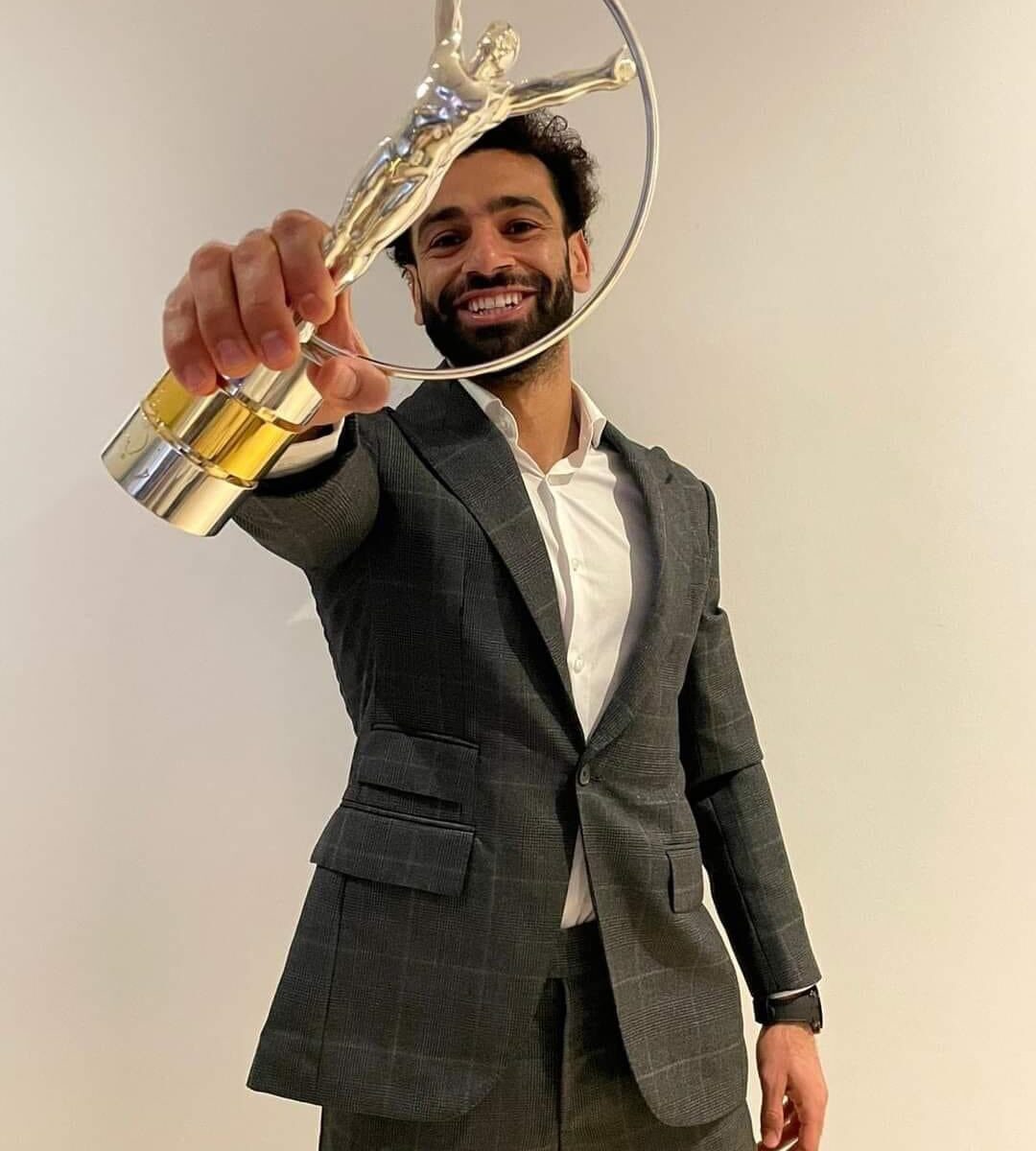 Egyptian and Liverpool forward Mohamed Salah has been presented with the 2021 Laureus Sporting Inspiration award for his contribution to the development of his club and country.

The prize is given to an organisation or athlete who uses their platform to make a positive contribution for the good of society.

Previous winners of the accolade include the Refugee Olympic Team and NFL star J.J. Watt.

“The 2021 Laureus Sporting Inspiration Award winner is Mohammed Sallah In a year where Salah fired Liverpool Fc to a first premier league title in 30 years, he also aided regeneration projects in his hometown, donating money to build a school, hospital and ambulance unit.”

fter collecting the 2021 honour, the Liverpool forward said: “I’m very proud to have been chosen by the Laureus Academy for this Sporting Inspiration award.

“2020 was a very difficult year on so many levels and for so many people around the world. Some of us were kept away from our family and friends, and others even lost loved ones. We need to learn from this experience, support one another and do our best to look ahead.

“Many times football players win awards and automatically thank our fans. This time, I will dedicate this award, not only to my fans, but to all the other sports fans around the world.

“This past year has been a very harsh reminder of the fact that sports, including football, is nothing without fans. Everyone in the world of sport can be replaced – fans are not.

“I will end on that note. Once again, thank you very much.”