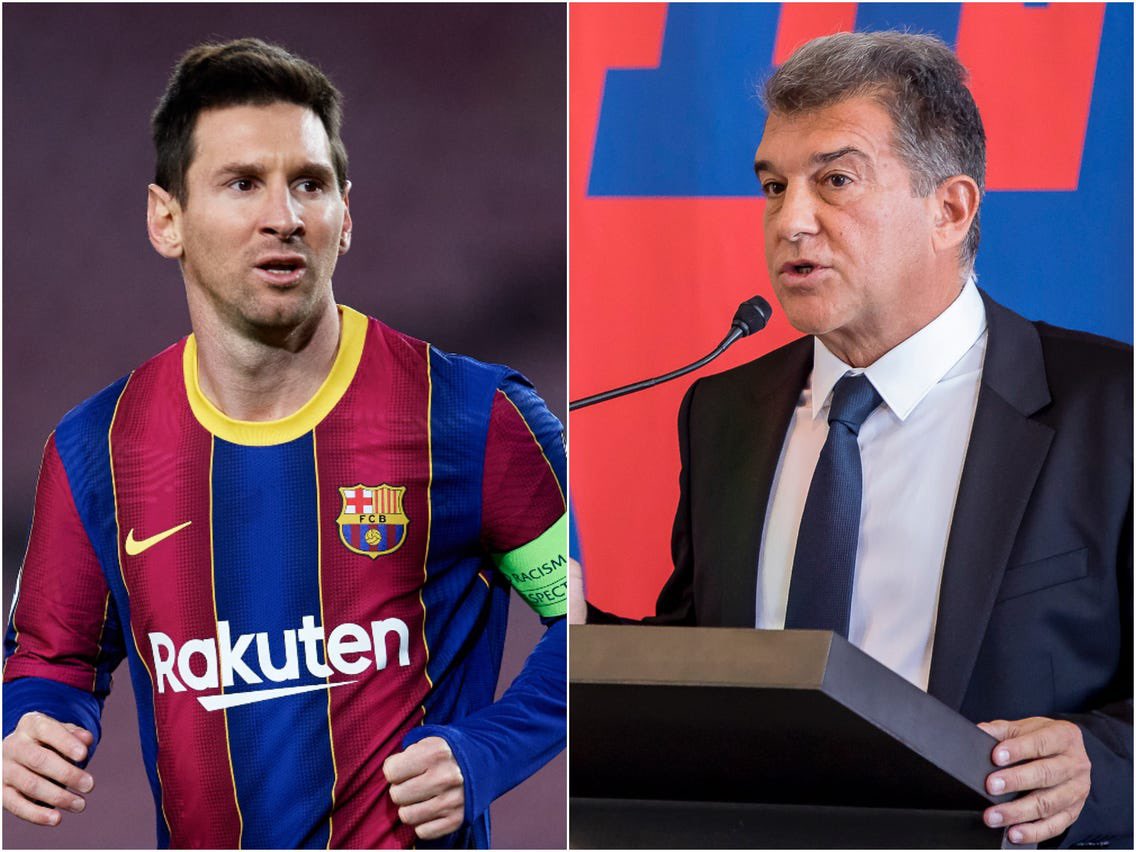 Barcelona president Joan Laporta has explained why negotiations to keep Lionel Messi at the club did not succed and that he does is not going to give “false hope” that the situation could be fixed.

Barca made the announcement on Thursday that Messi, a free agent since his contract expired in June, could not extend his stay with Camp Nou side because of financial obligations.

Speaking at a news conference on Friday, Laporta explained that the “disastrous” situation inherited from the previous board and LaLiga’s rigid spending limits have made keeping Messi impossible.

Messi, 34, had reached an agreement to sign a new five-year contract at Camp Nou, extending his 21-year link with the club, and Laporta said the forward is devastated that it will not be possible.

“I don’t want to generate false hope,” Laporta said when asked whether the situation was retrievable. “During the course of negotiations, we’ve known of other offers for Messi. There was a time limit, for us and for [Messi’s camp], because they need time. The leagues are starting.

“The negotiations with Messi have ended and it’s brought us here without an agreement because of the salary limit. Leo wanted to stay, so he’s not happy. We all wanted him to stay, but now, like us, he is facing the reality of what’s happened. A reality that can’t be changed.”

Laporta said the only way to keep Messi would have been to accept the deal proposed by LaLiga this week, which would have seen 10% of the league’s business sold to the investment fund CVC Capital Partners.

Weighing up the pros and cons of LaLiga’s agreement with CVC, Laporta said no one is bigger than the club and that accepting the terms of the sale could have put the club at risk in the long term.

“It would not be in Barca’s best interests,” he continued. “We were going to receive some money, but we think that accepting it — and affecting our [revenue from] television rights for the next 50 years — is not something we can do [to keep Messi]. It’s too risky. The club is above players, coaches and presidents.”