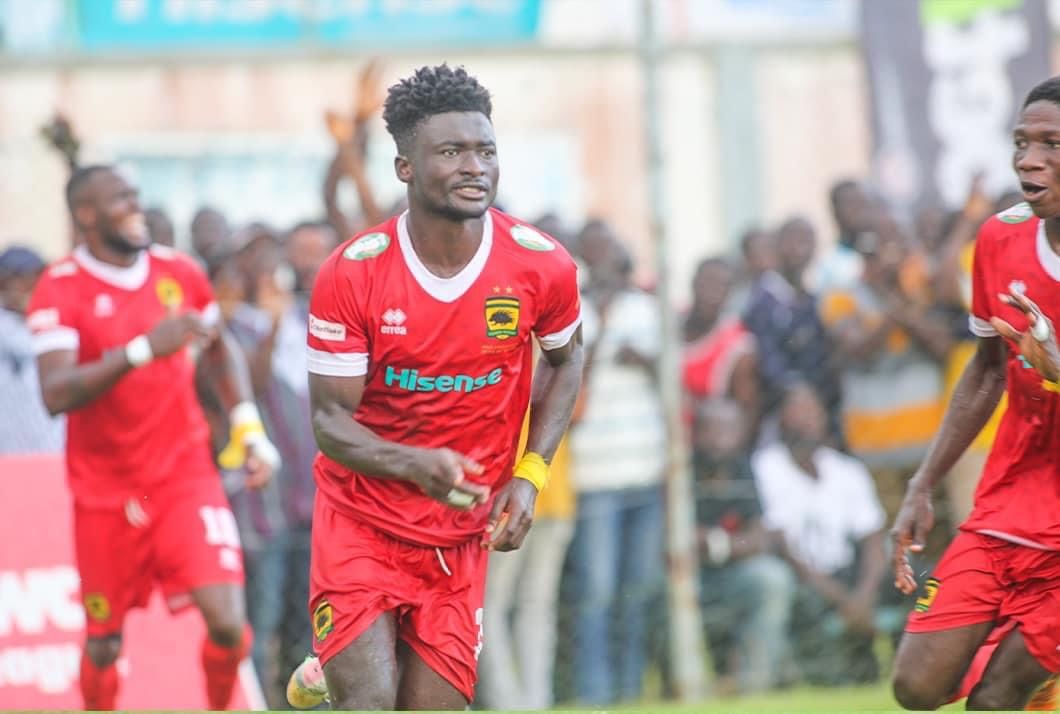 Kumasi Asante Kotoko were held to a 1-1 draw at home by Legon Cities in the Ghana Premier League.

Cameroon forward Mukwala won and scored from the spot kick to give Kotoko the lead in the 14th minute after defender Mohammed Sulemana was deemed to have held the forward back.

Kotoko had chances to double their lead in the first half with the best opportunity falling again for the Cameroonian striker but he somehow flapped his effort against the post with the goal at his mercy.

The missed opportunity lifted the Royals but they rarely threatened the home-side as the game ended 1-0 in favor of Kotoko in the first half.

The Royals buoyed by that strong finish to the first half returned the better side and scored just six minutes after the break.

Sadat Mohammed took advantage of a goal area melee to place his effort past goalkeeper Asare after the Kotoko defense struggled to clear their lines.

The goal forced the Porcupine Warriors to raise their game in their bid to secure maximum points.

Former King Faisal midfelder Morrison came close to restoring the lead for Kotoko but his brilliant effort came off the post to deny Kotoko a second goal.

Coach Zerbo’s side kept pushing for the match winner but the Royals defense led by the fantastic Mohammed Sulemana were equal to the challenged as they snatched an important point away from home.