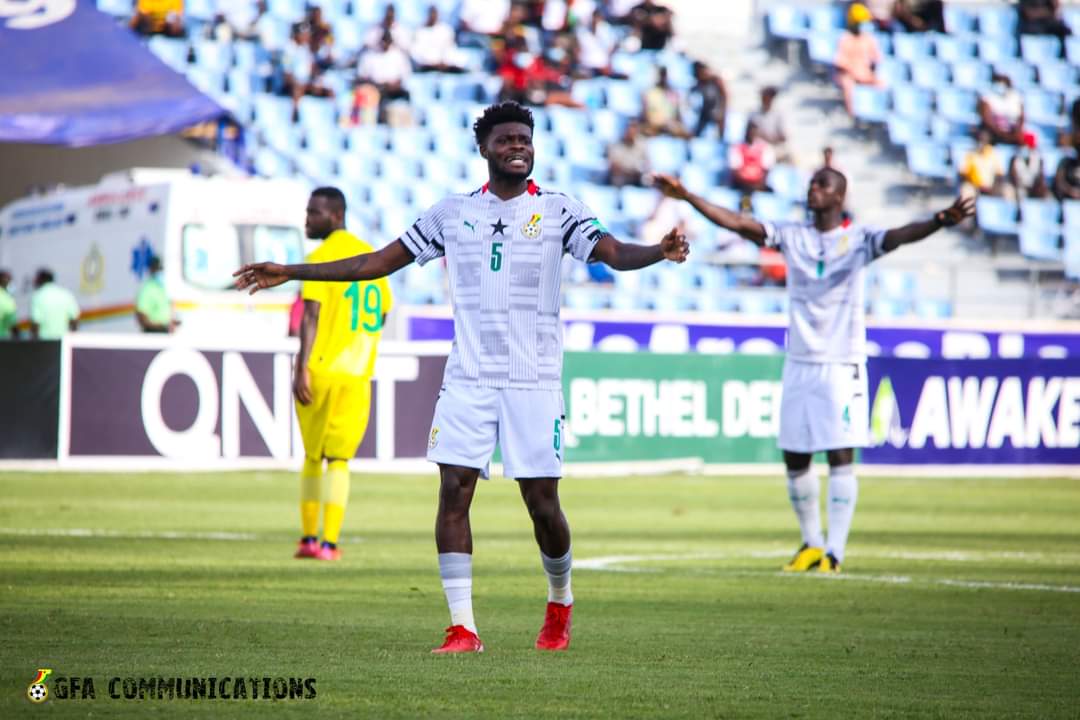 Captain Andre Ayew was dropped to the bench as the Black Stars won 1-0 in Harare.

An early goal from Kudus Mohammed at the Cape Coast Stadium set Ghana on their way to a 3-1 victory and Suleimana perhaps should have repeated that feat at the Zimbabwe National Sports Stadium after he brilliantly skipped past his marker.

The Rennes forward however went for self glory instead of teeing up his teammates.

Zimbabwe had a grip on the game and began to pose problems for the Black Stars.

The Warriors nearly took the lead after a beautifully whipped cross from Musona was just a touch away from ending at the back of the net.

A heavy pass from Baba Iddrissu was nearly spilled by Wollacott, however the goalkeeper redeemed himself to keep the score at 0-0.

The Black Stars turned on the heat with half time approaching and took a deserved lead through Thomas Partey.

The Arsenal player struck a beautiful free-kick to give Ghana an important lead.

Ghana pushed for a second goal but it finished 1-0 in the first half.

The Black Stars started the second-half strongly and were unfortunate not to take the lead after Kudus effort came off the post.

Kamaldeen Suleimana appeared tired and was taken off for Kyereh as Ghana chased a much needed cushion.

With the game wearing out, the Black Stars struggled to hold on to possession due to the playing surface as Zimbabwe threw more men forward.

Zimbabwe however failed to find an equalizer as Ghana held firm to temporarily go top of Group G.

KSSC to participate in U-18 tournament