Mariano Barreto trains with Asante Kotoko for the first time 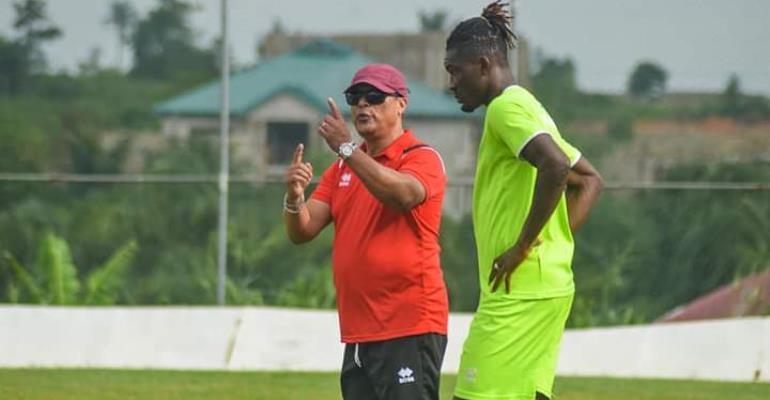 Barreto, a former Black Stars coach joined the Ghana Premier League side on a one and half year deal ahead of the second half of the season.

The Porcupine Warriors have been without a substantive coach following the sacking of Maxwell Konadu in December 2020.

Johnson Smith and Abdul Gazelle have been in charge of the club until Barreto was appointed.

With Barreto now in charge, Smith and Gazelle are now serving as Youth team coaches.

Barreto held his first training at the Adako Jachie training complex on Monday. He, however, watched Kotoko’s 3-1 win over Rainbow Stars on Saturday.

Kotoko finished the first half of the season on the 4th position on the summit with 27 points.