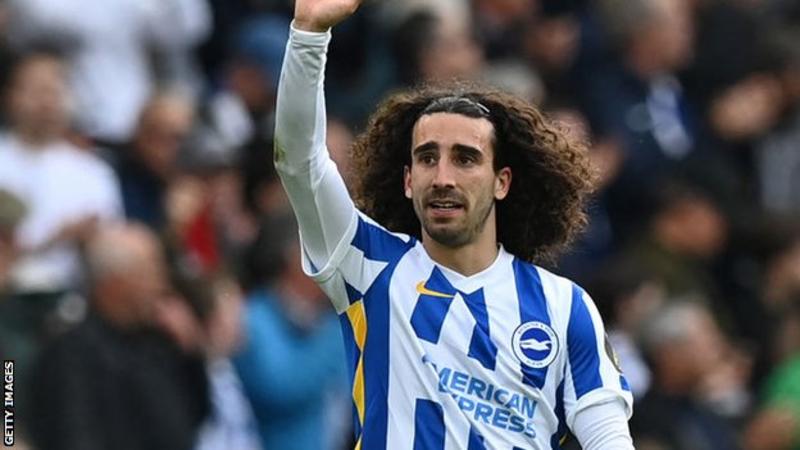 Chelsea are interested in signing Marc Cucurella after Brighton ended discussions with Manchester City over the sale of the defender.

The Spain left-back, 24, handed in a transfer request last week.

The Seagulls had already rejected one bid from City and see £50m as the benchmark.

Sources say it would take an exceptional offer to consider a sale as they see Cucurella as a better player.

Pep Guardiola’s side are now exploring other options as the fee is deemed too high.

Cucurella had been identified by City as a replacement for Oleksandr Zinchenko, who left the club to join Arsenal this summer.

Brighton feel no need to sell however with midfielder Yves Bissouma having already joined Tottenham this summer in a £25m deal plus add-ons.

Cucurella has a contract until 2026, having only joined Brighton in August 2021.

He has made 35 Premier League appearances for the club, scoring one goal, since joining from Getafe last year in a £15.4m deal.

A Barcelona academy graduate, Cucurella has one senior cap for Spain and played for the under-23 side that won silver at the 2020 Tokyo Olympic Games.