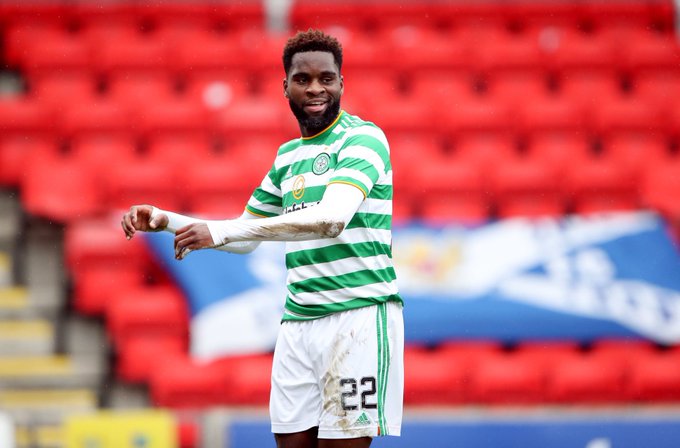 Leicester City are said to be top contenders for Celtic forward Odsonne Edouard this summer, beating off interest from both Arsenal and Inter Milan.

The foxes have tabled a fee of £15 million for the Frenchman,who has indicated that he wants a reunion with his former manager at the King Power Stadium.

The 23-year-old played under Rodgers during the Northern Irishman’s time at Celtic Park, with the City boss said to be keen on a reunion with the striker at the King Power Stadium, believing he can be a long term successor for Kelechi Iheanacho and Jamie Vardy.

Edouard has just one year remaining on his contract at the Scottish club.

The French under-21 international scored 16 goals in 26 Scottish Premiership appearances this season.

A memorable season for the Foxes ended in disappointment as they missed out on a Champions League place after final day defeat against Tottenham Hotspur.

But it is a season that will be remembered as City won the FA Cup for the first time in their history – memories that will stay with fans forever.