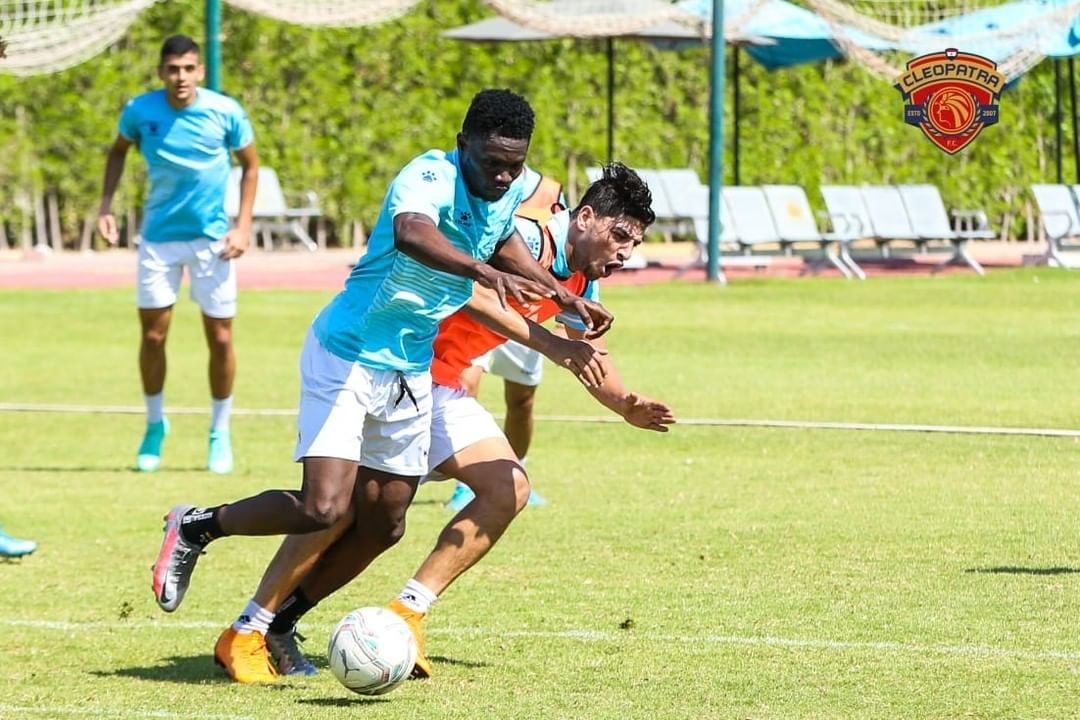 Ghanaian midfielder Kwame Bosu is on the radar of Egyptian giants Al-Ahly after an impressive season in the Egyptian League.

The Ceramica Cleopatra midfielder was crucial for the Giza-based club in their first ever campaign in the Egyptian top-flight.

His performances for his side has attracted interest from Egyptian giants Al-Ahly and Pyramids FC.

Al-Ahly missed out on the Egyptian League to Zamalek and are looking to bolster their squad with the addition of the tough-tackling midfielder.

The Egyptian giants have been active in the transfer market having already signed Percy Tau from Brighton and Holves Albion in the English Premier League.

The 26-year old featured 23 times for Cleopatra to help them finish 10th in their first appearance in the Egyptian Top flight.

Bonsu who features twice for the Black Stars is highly rated by Pitso Mosimane and is seen as the ideal replacement for Malian midfielder Aliou Dieng who continues to be linked with a move away from the club.