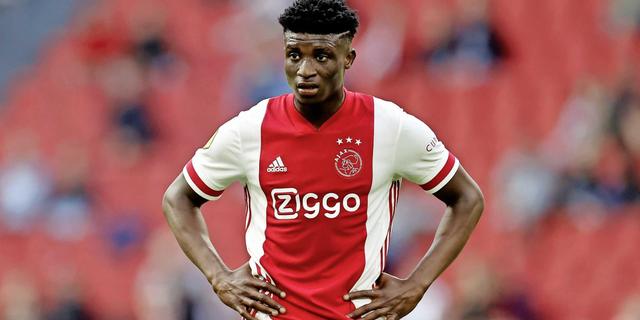 Kudus Mohammed has failed to force a move to Everton and is set to remain at Ajax for the remainder of the season.

The Ghanaian reportedly refused to train in order to push a move to the English Premier League after agreeing personal terms with Everton.

Ajax having lost key members of their squad during the transfer window blocked the move amidst assurances he was going to get involved with the team as the season progresses.

The 22-year old has featured from the bench in all of Ajax’s four league appearances this season.

Despite impressing for Ajax during pre-season, Kudus has struggled to feature in the starting XI for coach Schreuder’s side.

The former Nordsjaelland player has a goal to his name this season following an impressive cameo in the Dutch super cup defeat against PSV.