‘Kotoko have the best midfield in the league’ – Maxwell Konadu 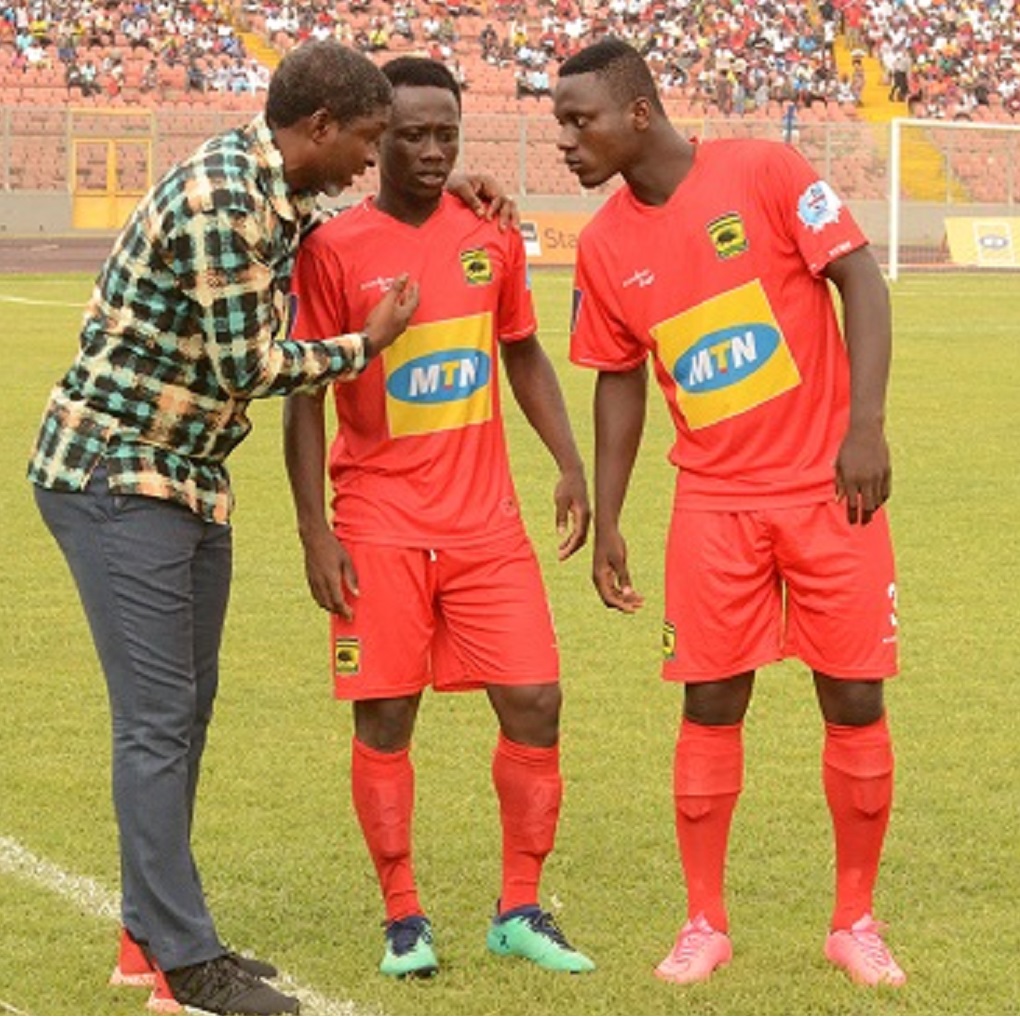 The Head Coach says that, midfielder Adom Frimpong is not wrong in saying that his partnership with Mudasiru Salifu and Justice Blay is unmatched in the country.

According to the former Black Stars Assistant Coach, not even the much-touted and familiar Ashgold midfield and Hearts of Oak’s improved midfield trio can match the Porcupines.

Frimpong, Blay and Mudasiru gave a taste of their midfield dexterity when they played supporting roles in the opening 30 of the Porcupines’ 2-1 win over Hearts of Oak.

A commanding Porcupine performance oiled by the trio’s control of the midfield led to a first-half opener before Mudasiru picked up an injury and left the game.

Adom Frimpong told Kotoko Express on Tuesday that the quality of his partnership the other pair is unmatched, and Konadu perfectly agrees with him.

“I agree with Adom Frimpong,” Konadu tells us. “The team was very solid especially in midfield when we paraded the three players against Hearts of Oak.”

“Previously you would talk of James Akaminko, Latif Anabila and Appiah McCarthy of Ashgold. It was a dreaded midfield in the league because they had played together for a very long time and one could locate the other with a pass even with his eyes closed.”

“Of late too, Hearts’ midfield, after they brought in (Emmanuel) Nettey, was also very good. He was gelling very well with (Frederick) Ansah and (Benjamin) Afutu. But what we saw our three players did in the few matches they played, I think Adom Frimpong is not telling a lie if he says that we have the best midfield.”