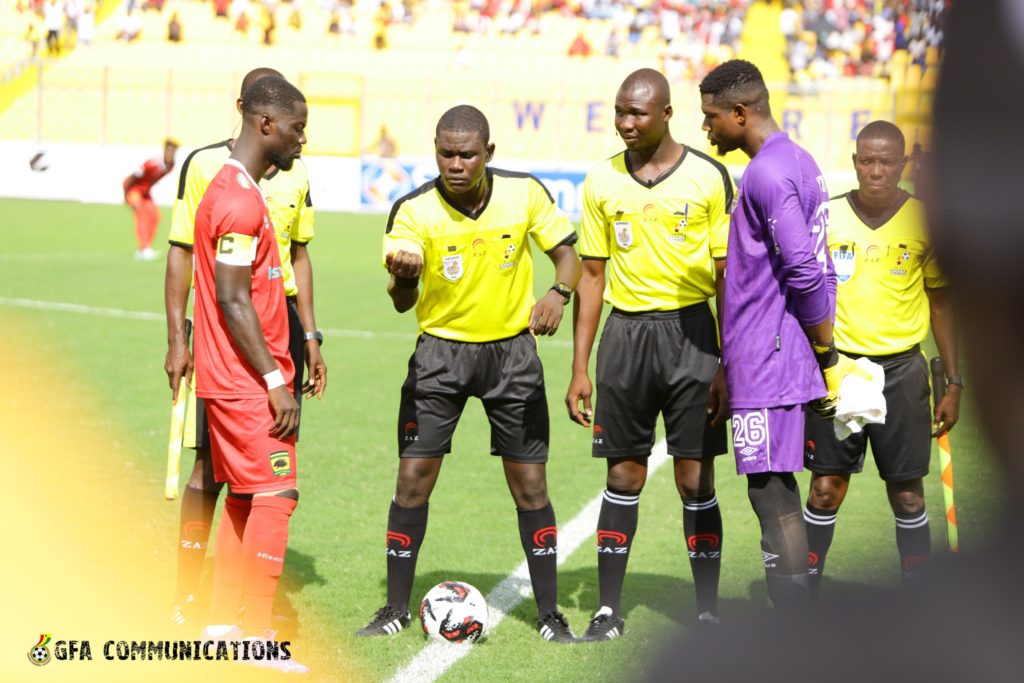 Asante Kotoko has lodged a complaint with the Ghana Football Association regarding officiating in their 1-1 Super Clash draw with Hearts of Oak on Sunday.

The Porcupine Warriors believe were denied three by Selorm Yao Bless’ poor officiating at the Baba Yara Stadium in Kumasi.

The club had multiple penalty shouts ignored by the centre referee.

In a social media post, the club stated that they made the decision after carefully reviewing game footage.

Following a scoreless first half, Kotoko took the lead through Yussif Mubarik.

Caleb Amankwah equalized for Hearts of Oak, but he was suspected of being in an offside position before stumping the ball home.

“The club after a careful study of yesterday’s game footage has filed a  Complaint with the GFA against the decisions of the officiating officials,” Kotoko revealed on their official Twitter account.

Tariq Lamptey: Black Stars defender set to miss clash against Nicaragua after picking up a knock in training