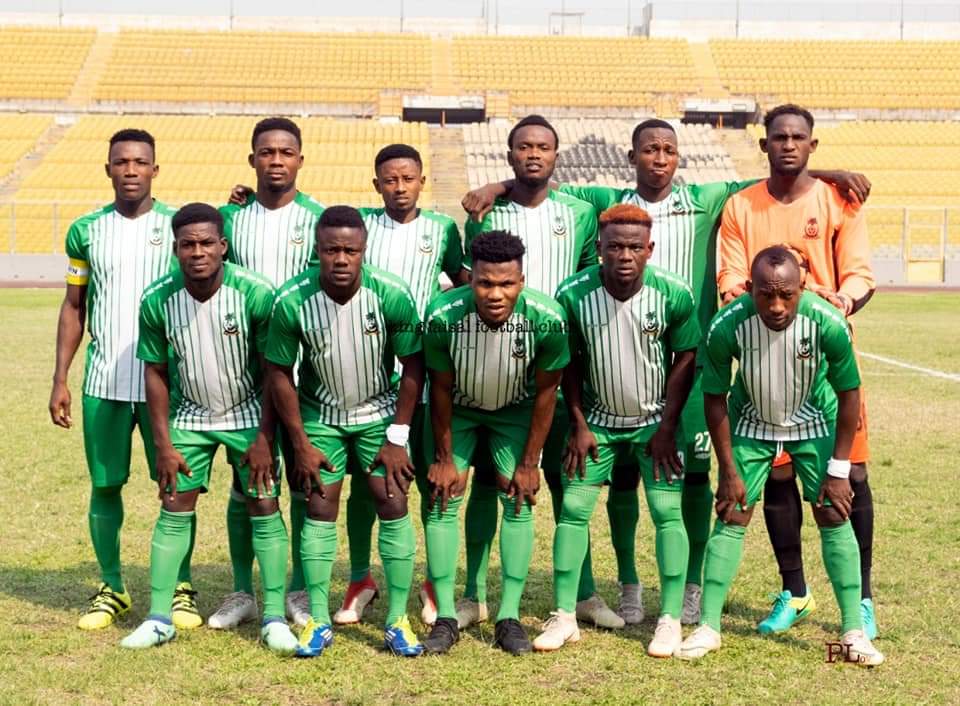 Vice President of the Republic of Ghana, Dr. Mahamudu Bawumia has presented a 39-seater bus to King Faisal.

This comes as a big relief for team owner Alhaji Grusah who recently petitioned Manhyia to get them a new bus for the 2020/21 Ghana football season.

The outspoken football administrator in an interview with Accra based Happy FM confirmed the club have received a brand new bus from the Vice President.

He also confirmed that Ghana’s Ambassador to China, H.E Edward Boateng has decided to foot the bills of his team in their match day two fixture against Aduana Stars in Dormaa.