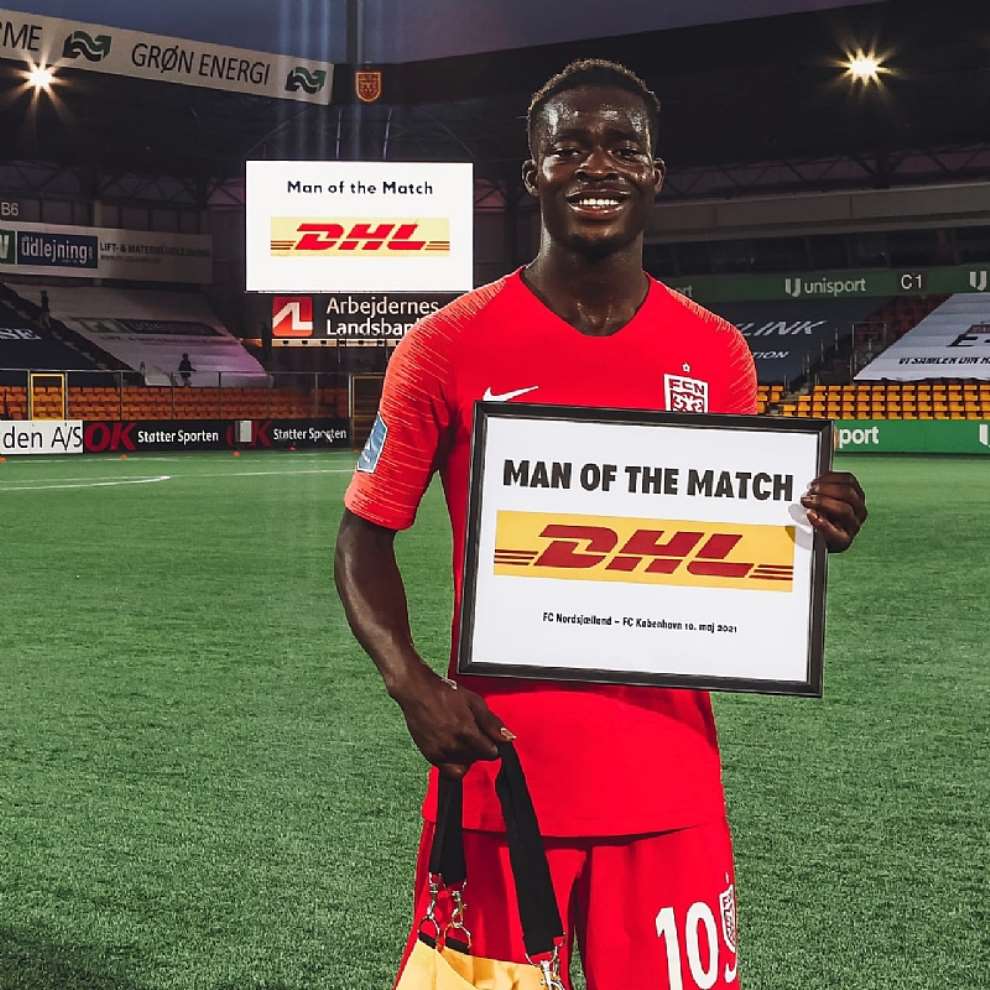 FC Nordsjaelland‘s Kamaldeen Sulemana was awarded Man-Of-The-Match in their 2-2 stalemate with FC Copenhagen in the Denmark Superliga on Monday.

The 19-year-old was impressive for his side to bag his 10th goal of the season at home in the Denmark Superliga championship playoffs against Copenhagen.

The former Right to Dream midfielder unleashed a left-footed strike from inside the box into the bottom left corner to put the Red and Yellows in the lead with three minutes into the second half.

The Ghanaian international has booked 10 goals and provided three assists.

After the game, the Highly-rated youngster was given the Most Valuable Player award due to his scintillating display throughout the game.

Sulemana is being chased by Ajax Amsterdam, Lyon, Manchester United and Bayer Leverkusen.