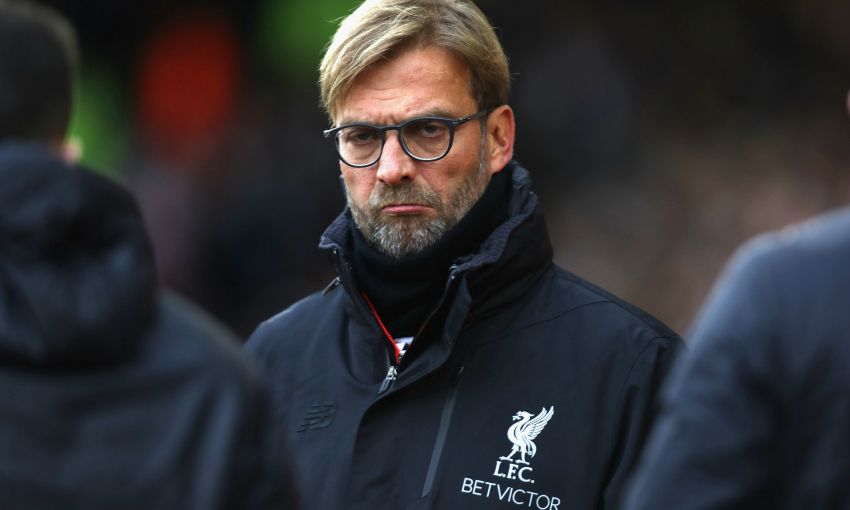 Jurgen Klopp says Liverpool have a fight on their hands just to qualify for the Champions League this season before he can even think about a title defence.

Sunday’s goalless draw at home to Premier League leaders Manchester United, together with wins for Leicester and Manchester City, left Liverpool fourth in the table.

A series of injuries to key defenders, most notably to Virgil van Dijk, has disrupted Liverpool’s season, but they are also missing the presence of Diogo Jota at the other end as goals have dried up.

The defending champions are only five points ahead of ninth-placed West Ham and, with points being dropped by all teams, Klopp is aware the competition is likely to be closer than ever.

“In the season when we came second (2018/19), the day when I started really thinking about the title race was the day when it was clear that we are in the Champions League,” he said.

“I know my job and I know what I have to do. The most important thing is to qualify for the Champions League and I know how difficult it is. This season will be a tough race for the top four.”

The 53-year-old German acknowledged fans were “not the most patient species” and wanted to win every match.

“I’m not too different to that but I am long enough in the business to know that you have to go through more difficult periods as well,” he said.

“It’s not the most difficult in my life — not even close to it — so it’s just a situation where we play football and have had injuries, still have injuries but got used to the injuries we had in the long term and now players coming back.”