Jordan Ayew on target for Palace in defeat to Everton 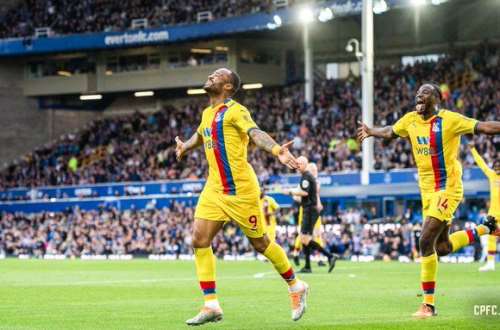 Jordan Ayew was on target for Crystal Palace in their defeat to Everton at Goodison Park.

Palace lost 3-2 to Everton in a thrilling encounter despite establishing a 2 goal lead before the break.

The Ghanaian forward scored in the 36th minute after Mateta gave Palace the lead.

Everton however mounted a strong second half performance to overturn the results and cement their position in the premier league ahead of the final round of fixtures.

Calvin Lewin scored the winner after Keane and Richarlison scored for the Toffees to draw parity.

Crystal Palace will hope to finish strongly when they face Manchester United in their final home game of the season while Everton travel to the Emirates stadium to face Arsenal.