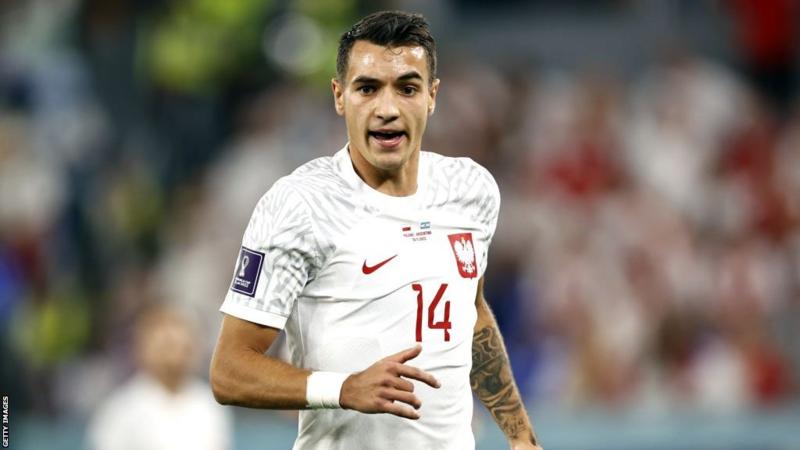 Arsenal have signed Jakub Kiwior from Serie A side Spezia for 20m euros (£17.6m) on a deal running until 2027.

The Poland defender, 22, offers much-needed support for Mikel Arteta’s squad in their title push, with Brazilian defender Gabriel having played every Premier League game so far this season.

Kiwior matches the profile of player the club have set out to to sign.

He has won nine caps for Poland and started all four of their matches at the 2022 World Cup in Qatar.

He was pictured next to the Arsenal sporting director, Edu, during Sunday’s 3-2 win over Manchester United in the Premier League.

Kiwior is the second player to join the Premier League leaders this month after Leandro Trossard joined from Brighton. His deal through to 2027 has the option of another year after that.

“He’s a young versatile defender who has shown huge potential and qualities with Spezia in Serie A, and also at international level with Poland,” said manager Mikel Areteta.

“Jakub is a player who will give us strength and quality to our defensive unit. We welcome Jakub and his family to Arsenal and look forward to working with him.”

Kiwior made his professional debut for Slovak side Zeleziarne Podbrezova in 2019 before joining MSK Zilina later that year.

He signed for Spezia on a four-year deal in August 2021.