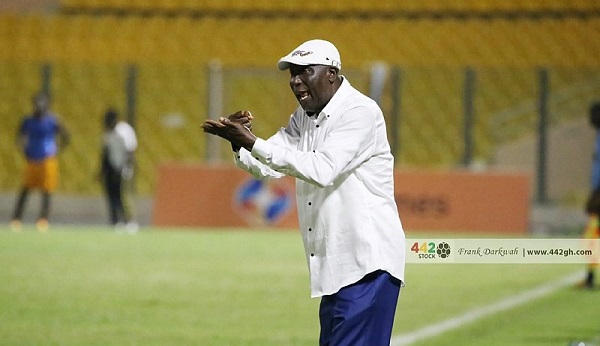 Former Kumasi Asante Kotoko coach Bashiru Hayford believes it will be difficult for any team to overhaul Kotoko in the race for the Ghana Premier League title.

Kotoko are unbeaten in five matches and remain at the summit of table with a three points lead over second place King Faisal.

Hayford who was recently relieved of his post as head coach of Legon Cities is adamant the club will not surrender their lead at the top of the table but fell short of predicting whether the title will go to the Porcupine Warriors.

“I can’t predict the league for Kotoko now but looking at where they are, it will be difficult for others to overtake them on the league table”. the veteran coach told West FM

“I don’t think Kotoko will lose continuously for other teams whiles they’re on the top of the league table”, he added.

Kotoko will have a chance to extend their lead to six points at the top of the table when they face second place King Faisal at the Baba Yara Stadium.