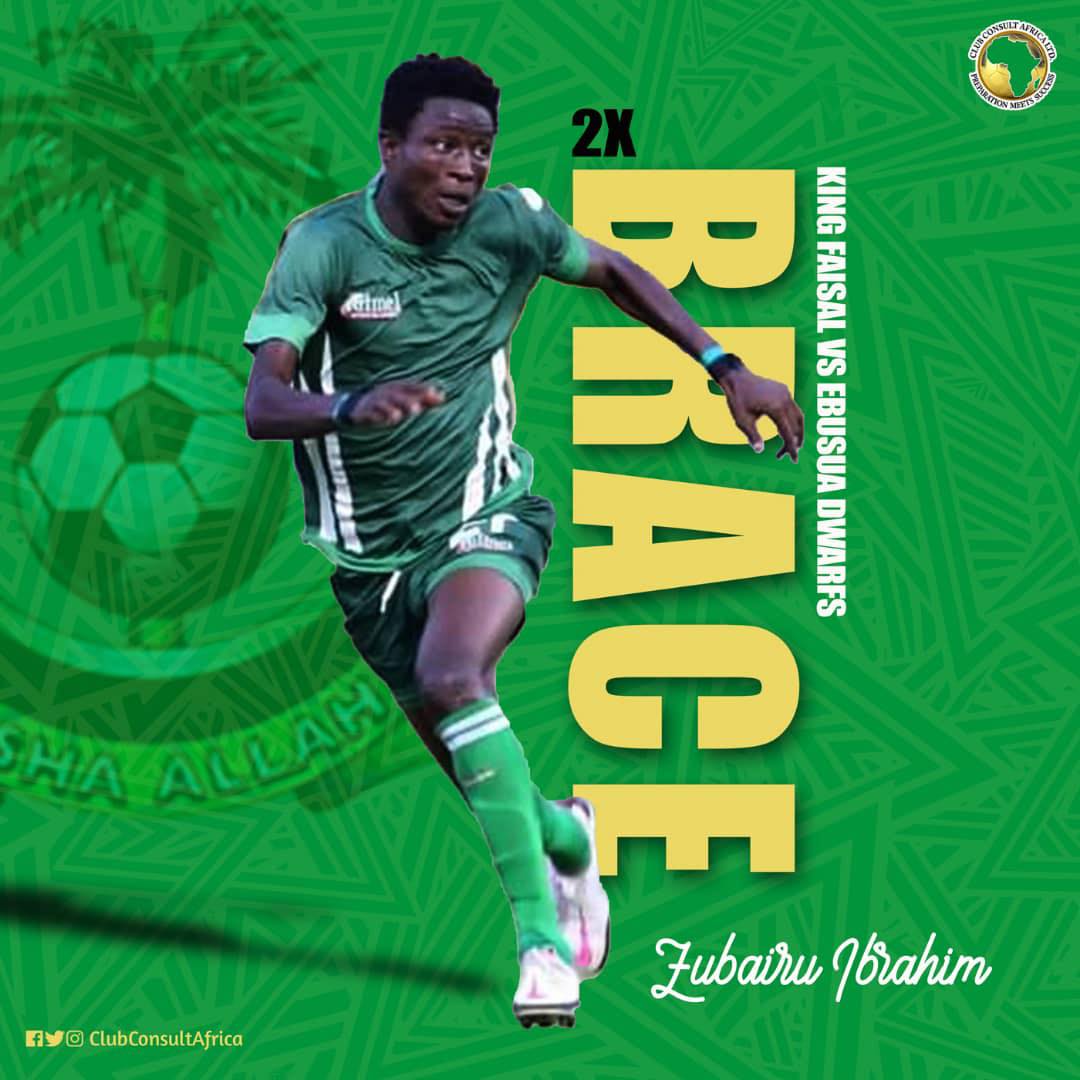 Ibrahim Zubeiru is the name on every ones lips as King Faisal defeated Dwarfs 2-0 to climb out of the relegation zone.

The teenager scored two brilliant second half goals after a difficult first period to inspire Faisal to an important victory against fellow strugglers Ebusua Dwarfs.

The 17 year old has now scored three goals in his last two games to keep alive their dream of staying in the league.

His latest goals takes his league tally to eight in his breakthrough season in the Ghana Premier League.

King Faisal are now undefeated in their last five matches- a run that has seen them draw against Kotoko and Medeama and recorded important victories against Olympics, Legon Cities and Ebusua Dwarfs.

The In Shaa Allah boys are now two points away from the relegation zone with 40 points as they prepare to take on Liberty Professionals in their final game of the season.

Harry Kane: Euro final defeat will 'hurt for the rest of our careers'