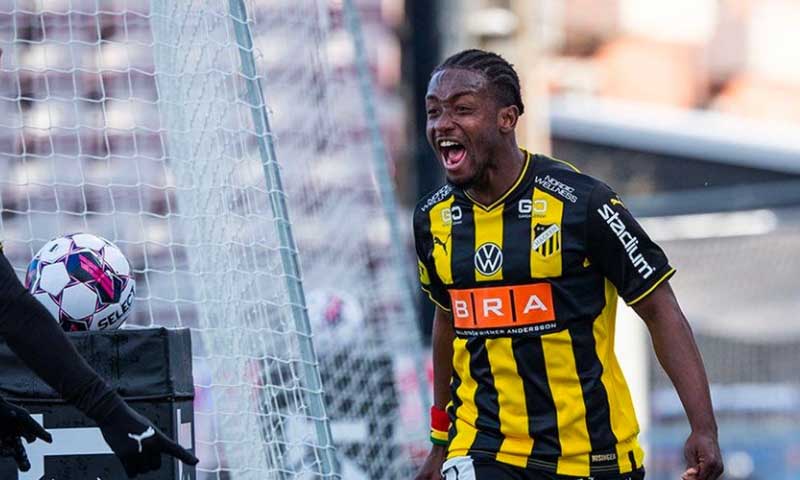 In-form Ghanaian winger Ibrahim Sadiq has popped up on the radar of top clubs outside Sweden after an impressive first season with BK Hacken.

The former Ghana U17 winger is attracting interest from clubs in Poland, Israel and the Gulf after helping Hacken win the Swedish Allsvenskan.

Sadiq joined Hacken in the summer transfer window from FC Nordsjaelland and immediately hit the ground running with outstanding displays in the league.

The 22-year-old made 18 appearances, scoring seven goals and providing three assists for the Wasps as they secured the title with a game to go.

His deal with BK Hacken expires in December 2025, but it looks like the Swedish outfit will struggle to keep the sensational winger.

“We have long contracts for these players and for a player like Sadiq we know that the value is high. It has to cost if someone wants to buy a young player from us,” Sporting Director of BK Hacken Martin Ericsson said.

Sadiq was the star of Ghana’s U17 team that reached the quarter final of the FIFA U17 World Cup in India in 2017.

He is expected to join the Black Meteors for the AFCON U23 qualifiers against DR Congo.