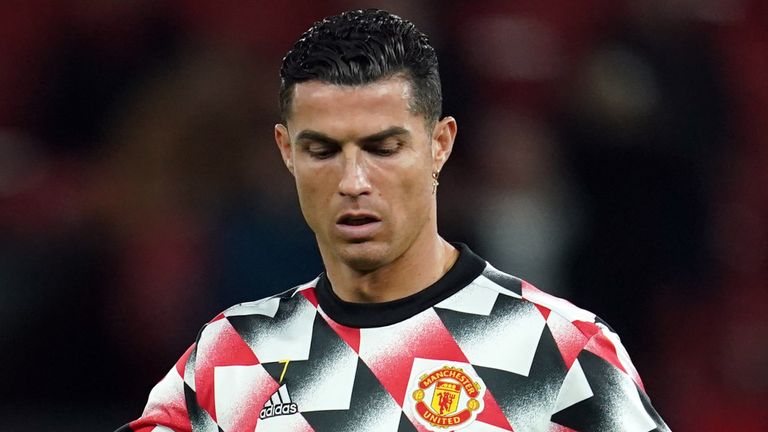 Manchester United manager Erik ten Hag says he will “deal with” Cristiano Ronaldo after the unused substitute walked down the tunnel minutes before the end of the win over Tottenham.

“I will deal with that tomorrow, not today. We are now celebrating this victory,” said Ten Hag.

“I have seen him, but I haven’t spoken with him.”

Despite United having only made three of their five permitted substitution in Wednesday’s 2-0 home win, Ronaldo decided to leave the bench early and disappeared down the Old Trafford tunnel.

It came three days after he showed his displeasure at being substituted against Newcastle.

After Sunday’s 0-0 draw Ten Hag said he had “no problem” with Ronaldo’s negative reaction, but added the Portuguese must convince him “he has to stay on”.

“I’m sorry, that is unacceptable – it is so poor,” Lineker said on Wednesday’s Match of the Day.

“For one of the greats of the game to do that when your team are winning, making it about him, is disappointing,” said former England defender Richards.

Ex-Wales captain Williams added: “It was a great night for Manchester United and here we are again talking about Cristiano Ronaldo – even though he didn’t play.”

Joseph Paintsil: Ghana forward on target for Genk in victory over Westerlo