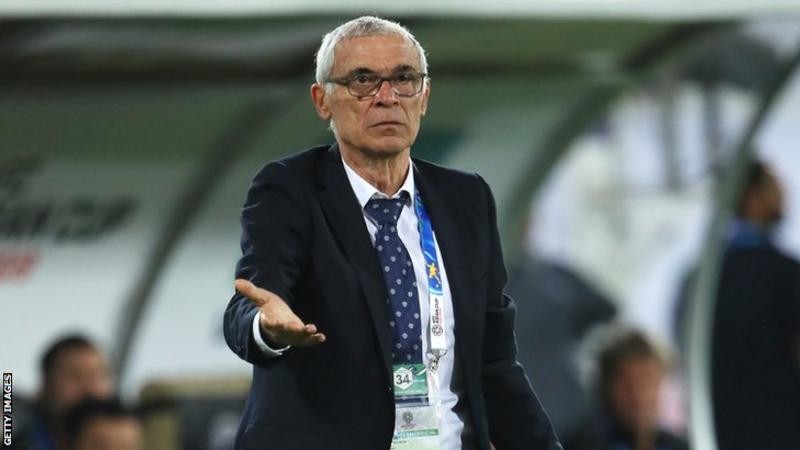 65-year-old Hector Cuper has been given the task of leading the Leopards to the 2022 World Cup following an official announcement by the the Democratic Republic of Congo football association.

DR Congo, sacked Christian Nsengi Biembe in March after the giant central African country failed to qualify for the next Africa Cup of Nations finals in Cameroon next January.

They are grouped with Madagascar, Benin and Tanzania for the second round of qualifying for the Qatar World Cup in 2022.

The group stage of qualifiers start in September and conclude next March.

This will be Cuper’s second stint in charge of an African national team after his three years with Egypt, who he guided to the 2018 World Cup in Russia, has also had an extensive coaching career at top European clubs in Spain and Italy, including Mallorca, Real Betis, Valencia, Parma and Inter Milan,he was most recently in charge of Uzbekistan.

Earlier this month the DR Congo Football Federation confirmed it had been in talks with Belgian coach Hugo Broos before he decided to take the job in charge of South Africa.